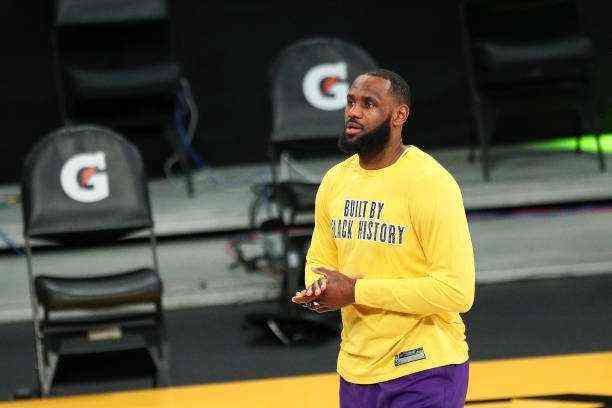 The NBA has already read the primer to LeBron James for faking fouls. If you do it again, you will have to pay a fine and may be suspended.

Whoever believes that soccer is the only sport in which fouls are faked or exaggerated lives very wrong. In the last two decades, NBA basketball has changed the style of play, thanks to the change in regulations, which has limited physical play, of which LeBron James has taken advantage of, so the league has already read the primer.

In Michael Jordan’s days, it was used to play with a physical style, with a lot of shock, but with the passage of time, the NBA began to punish the charges. This has caused a gradual change to the current style, in which three-point shots are prioritized.

But it’s not all three-point shots. They also seek to attack the rim to add two points, but also to look for any contact and take free throws, and LeBron James has exaggerated the contacts, so the NBA has already called the attention of the Lakers star and incidentally to his partner Kyle Kuzma.

Although the NBA limits contacts, it also does not want players to abuse and with any caress to get a couple of free throws, so the NBA highlighted a couple of LeBron plays in the game on Friday, February 12, against the Grizzlies, and from Kuzma, in the fourth quarter.

LeBron James can be fined

The NBA warning will have LeBron James under the magnifying glass, because if he fakes or exaggerates a foul again, he will have to pay a fine that starts at five thousand dollars. If there are repetitions, the fine increases another five thousand dollars, up to 30 thousand, which is the total amount if six simulations are reached.

After the sixth simulation in a season, the NBA may suspend the player, so watch out LeBron, they’ll be watching you, watch out.

Bucks Will Visit Biden! The NBA Will Return To The White House After Five Years