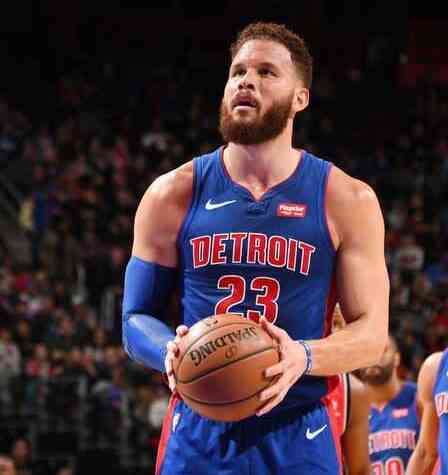 Blake Griffin has got a buyout deal with the Detroit Pistons to end his contract and will become an unrestricted free agent during the All-Star Game break, according to Adrian Wojnarowski, who also reported that the player has got the attention of several NBA teams.

Brooklyn Nets (top candidates to sign him), Portland Trail Blazers, Golden State Warriors, and Miami Heat are the teams that have shown interest in the six-time All-Star.

After such a disappointing first half, will he have a leading role on a top title team?

Mitchell and Gobert were fined for criticizing the referees after Wednesday’s loss to the 76ers.

In the statement from the NBA Executive Vice President, Kiki VanDeWeghe, Mitchell’s fine was $25,000 and $20,000 to Gobert.

McCollum is cleared for contact practices while he continues to recover from a fractured left foot. The Bosnian player, Nurkic, continues to make progress in his recovery from a broken right wrist. Both will be re-evaluated next week.

Indiana Pacers player Caris LeVert may return to play in the second half of the season after making progress in his recovery from surgery to remove a cancerous mass in one of his kidneys this January 25.

After being sent to Indiana in James Harden’s multi-trade, LeVert discovered that tumor when he underwent physicals with the Pacers.