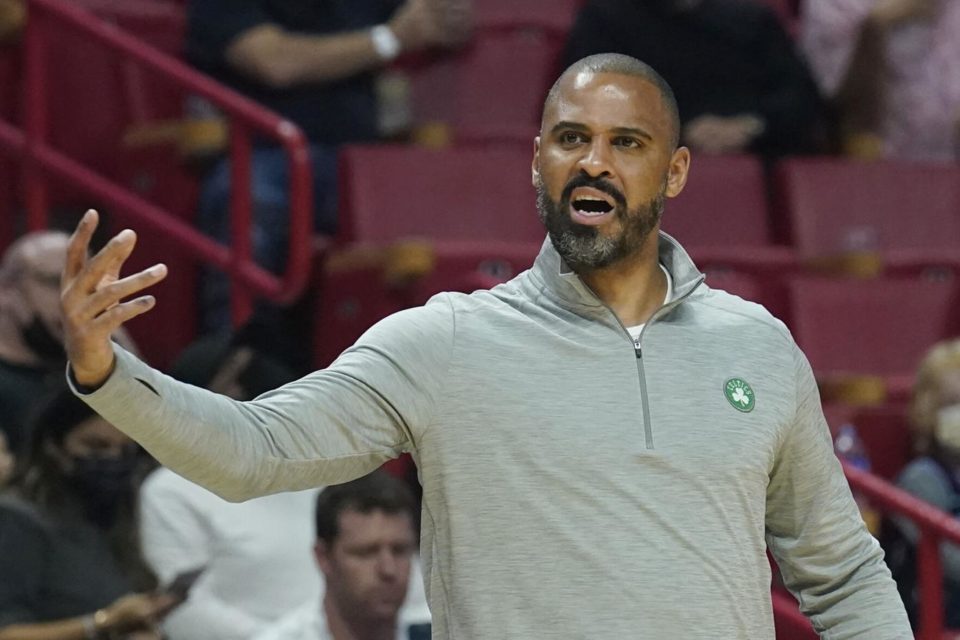 The Udoka seal begins to be visible in the Celtics. At least in these last two games, Boston won two games, leaving their rivals at less than 80 points. Leaving Orlando at 79 didn’t seem like a feat, but leaving Miami at 78 is another matter.

Heat had been offering a spectacular performance with defense and bench depth, but today those two qualities have constituted the two great virtues of their rival.

The Celtics have beaten the Heat 78-95 despite having Jayson Tatum without scoring a single point in the first three quarters, losing Jaylen Brown in the second half due to a muscle injury, and not being able to count on one of which has to be one of his substitutes of reference, Josh Richardson.

All that has been offset by an excellent defense, an overwhelming substitution, a collective concept of the game, and a second quarter that has been the opposite side of the one experienced by the Celtics in the last quarter of the game they lost to the Chicago Bulls. It seems that the talks between colleagues based on the division of opinions as a result of that painful defeat have been very productive.

The 9-33 of the second quarter changed everything. That tremendous 12-minute set left Miami reeling against the ropes. Boston went into halftime, winning 33-51 after seeing how the local team scored 9 points in 12 minutes, made a 3 of 13 in the field goal without making a single triple (0 of 6) and, most importantly, they lost 10 balls in one room! Jaylen Brown, Dennis Schröder, and Aaron Nesmith capitalized on the visiting attack, with a substitution that already had 25 points. It mattered little that Tatum was blank on offense.

The Heat looked like other Heat, a team on the antipodes of the squad that showed up in the game with a 6-1 record.

Miami appeared to react in the third quarter, a quarter in which the home team lost Kyle Lowry through injury. Heat went so far as to reduce their deficit from 20 to 8 points, but Boston’s quarter-final finish was very good, putting the gap back at 18 comfortable points. And there was no longer any emotion.

The Celtics (4-5) collected 45 points from their second unit, shot well from 3, defended from movies, and had 6 players in double-digit scoring, with the injured Jaylen Brown as the top scorer with 17 points.

Substitutes Dennis Schröder (14 points and 6 assists), Aaron Nesmith (13 points in 18 minutes), and Romeo Langford (12 goals) surpassed the ten and were part of the best sets of his team, Dominican Al Horford finished with 10 points and 7 rebounds, Tatum made up his numbers somewhat in the final quarter, and Juancho Hernangómez had 3 minutes without any tension.

Miami had a nightmare night. Spoelstra’s team was 34.6% on the field goal, signed a series of 9 of 41 from the triple, lost 18 balls, and never felt comfortable in the game.

Jimmy Butler had 20 points, Duncan Robinson had 16, shooting only 3 with a series of 5 of 17 from beyond the arc, Bam Adebayo had 13 points, and 7 rebounds, and Tyler Herro was a shadow of himself, remaining at 6 points.