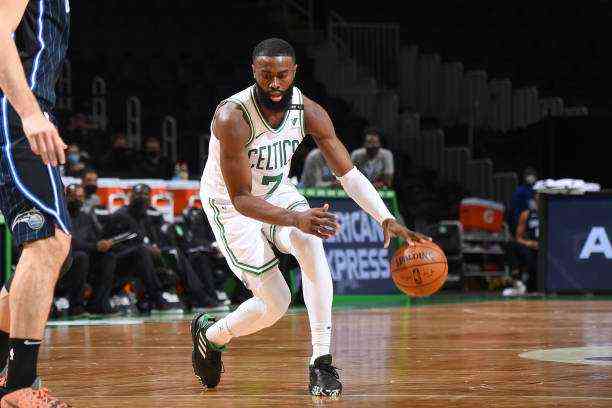 It could have been a record-breaking Sunday for the franchise, but it was only a triumphant Sunday, which, seen in the Celtics’ day to day, is not small. A victory, this one against Orlando, which tastes of glory because it allows the team to breathe in a delicate situation.

Boston was coming from losing its last 3 games and starting to feel a rarefied climate in its environment. Brad Stevens’ team needed a victory to stop the bleeding that had placed the Celtics with a negative balance in the classification. The victory came, and the team balances that balance by placing it at 21-21.

It was the day of the triple. Stevens’s men repeatedly abused their long shot, shooting 54 triples in the game for just 34 2-point shots. Laugh at the Rockets of the duo D’Antoni – Morey! This time, the outrageous bet on the 3-pointer paid off, primarily because Jaylen Brown was deeply inspired.

Boston beat Orlando 112-96 with Brown in the stellar process: 34 points after scoring … 10 3-pointers of 18 attempts! Those 10 triples are his personal best in the NBA and are one short of equaling the franchise record, held by Marcus Smart.

As for the team, he made 23 triples with a remarkable 42.6% accuracy. Those 23 triples are also one short of equaling the best record in franchise history.

But the Celtics were more than triple. The really important thing is that the local squad defended, something that became especially evident in the second quarter.

That combination of 3s and defense led Boston to a 23-point lead in the third quarter. Orlando Magic did not give up and in the fourth quarter came to lower the distance to 8 points. But then Boston reacted with Brown at the helm to avoid difficulties in resolving the crash.

The home team controlled the ball well and survived despite throwing 21 fewer free throws than the rival, which makes sense when taking into account that ratio of 54 triple shots and only 34 doubles. Essential, yes, the work of the Bostonians in the central rooms, with a partial of 62-42.

Jayson Tatum scored 23 points after throwing little and well, Daniel Theis completed a double-double, Marcus Smart finished with 11 points and 8 assists and Kemba Walker had some knee problems, but it does not seem, at first, that it is something to worry about. .

Orlando had Nikola Vucevic with 22 points and 13 rebounds. James Ennis III signed 18 points from the substitution. But the great failure of the team was in the bad joint day of Evan Fournier (6 of 19 in the shot) and Aaron Gordon (3 of 13).