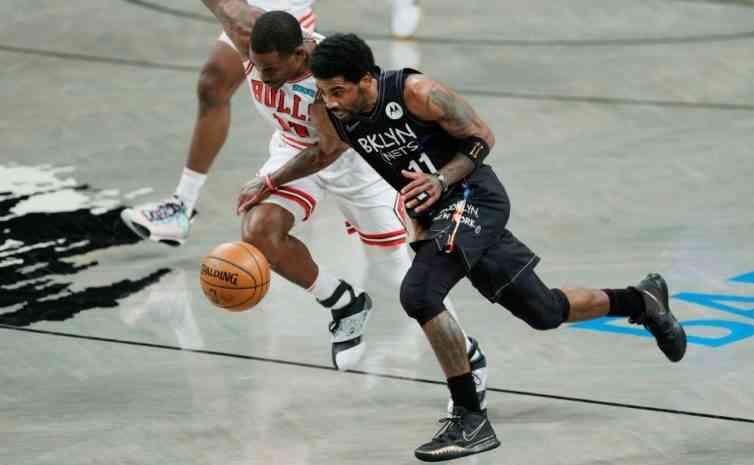 Nets eighth game with Kyrie Irving, Kevin Durant and James Harden in play at the same time after a season in which the Brooklyn stars have missed many games, 8 games together that have ended so far with a balance of 6- two.

Nets starting five consisting of Harden, Irving, Durant, Blake Griffin and Bruce Brown. Almost nothing. But the game and the season leave us logical conclusions: the chemistry between the three on the court is yet to come, but even without chemistry they can win games based on supreme quality.

The Nets began losing 0-12 to the Bulls without Zach LaVine, but they settled into the game little by little until they dominated it without brilliance, letting a small portion of the game flow that the team treasures.

The big three were unconvincing today. Nor was it the time to force the situation or squeeze in the game. It is only worth noting the great first part of Kyrie Irving. The point guard scored 20 points in the first half that predicted a great record at the end of the game, but it was not like that.

In the end, Irving has added 22 points, Kevin Durant has reached 12 points after completing a bad series in the shot of 4 of 17, and James Harden has finished with 5 points after only shooting 4 times to the basket. That is, the Nets big three has only scored 39 points! As if that weren’t enough, Blake Griffin finished the game with 0-for-6 shooting. Little has mattered the low offensive productivity of the big names on the team.

The reality is that the team has needed little to beat Chicago. Victory 105-91 with 19 points in 17 minutes from Jeff Green (5 of 6 from the triple) and 16 points and 12 rebounds from Bruce Brown.

Chicago, which was not at stake in the game, enjoyed a great game from rookie Patrick Williams (24 points). Thaddeus Young had 19 points and 13 rebounds, the demoted Lauri Markkanen had 14 points, and Nikola Vucevic had a day to forget after finishing 4 of 18 on the field, including 0 of 8 from the triple.