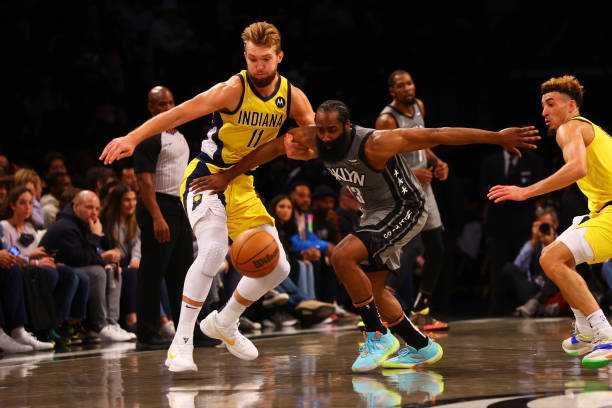 The Brooklyn Nets were worth their experience. That experience, together with its quality, solved the game at the last minute. The Nets-Pacers were 90-90 with 5:15 left. But that’s where the best Brooklyn emerged. Partial of 13-2 to solve the mess.

The locals won despite losing 18 balls and using the triple poorly. They only got 6 in the whole night. But in return, they showed the power of reaction and resolution capacity.

Crucial the improvement of James Harden. And vital the second part of LaMarcus Aldridge. Aldridge had 21 points and 8 rebounds (17 points after intermission). He became the 48th player to reach 20,000 points in his NBA career.

Harden, meanwhile, was another Harden. More aggressive, more successful. He added 29 points. He was the top scorer for his team. He approached the triple-double. And he went to no less than 19 free throws taken. As in his best moments. There was a lot of difference in free throws in the first half between teams. Too much. The referees had, in that sense, home-made dyes. At halftime, 27 free throws available to the locals and 8 in favor of the visitors! Indiana was thrilling.

Crucial in the victory was the local reaction in the second quarter. Indiana won 30-46. The Pacers had scored 38 points in the first quarter. They were on as Torrey Craig had warmed up . But from that 30-46 he went to 58-55 at halftime. 28-9 split that got Brooklyn into the fray!

Indiana went as far as he could. Without Malcolm Brogdon, Caris LeVert, TJ Warren, Isaiah Jackson … With an immense match from Torrey Craig. The offensive game of his life in the NBA. He finished with 28 points and 11 rebounds starting from the second unit.

Meanwhile, another very good performance from rookie Chris Duarte. The Dominican is making everyone fall in love with his class and self-confidence. Today, 19 points and 4 rebounds in 34 minutes. His series in the shot: 9 of 19.

These Pacers are 1-5. But his game is not in line with such a bad balance. They have come close to winning games that they haven’t won. Patience with this team.