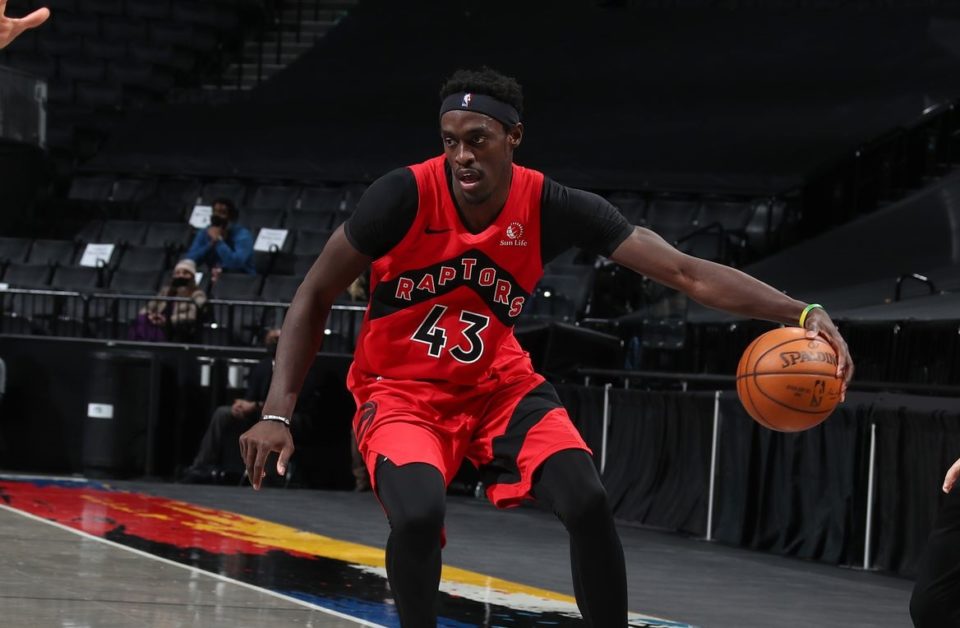 103-116 win with Durant and Harden as essential players in the Nets.

Siakam had not played for 6 months due to a shoulder injury that forced him to undergo surgery.

Pascal Siakam returned to the game after overcoming his shoulder injury. Cameroon’s debut this season after not playing for 6 months, a debut that has resulted in a 103-116 defeat for the Raptors against the Nets.

Siakam had played his last game on May 8 against Memphis, 2 days after scoring 44 points in a memorable performance. The Raptors player underwent surgery in June for the injury he suffered to his left shoulder, and then a period of 5 months was set until his return, and the player has scrupulously complied with the medical provisions.

The power forward started with limited minutes, played 25, and added 15 points, 4 rebounds and 2 blocks. His performance was positive after such a long absence. The player himself confessed that lack of rhythm after the game: “My legs were heavy,” he acknowledged. He had missed the first 10 games of the season, 10 games in which his team had got off to a very good start.

The Brooklyn Nets didn’t seem like the best match for Siakam to make a sweet comeback, and they did. Toronto won 60-53 in the first half under the leadership of a great Fred VanVleet, but Brooklyn brought out his particular roller in the third quarter, at which point he tightened on defense and improved substantially from the 3-line.

The 17-35 of the third quarter marked a before and after in the game, with Toronto scoring only 43 points in the second half against the Nets, who added their fifth consecutive victory to place 7-3.

Kevin Durant was once again the spearhead of his team with 31 points, 7 rebounds, and 7 assists (yes, he lost 7 balls). He returned to present a great effectiveness in the shot. This was Durant’s first game in Toronto since he injured his Achilles tendon against the Raptors in the 2019 Finals.

Meanwhile, James Harden, who started by missing his first 7 triple attempts, was intoning little by little until he scored 16 points in the final quarter and finished with 28 points, 10 rebounds, 8 assists, and 50% in the field goal.

Another 4 visiting players were in double scoring figures, with special mention for the double-double of Blake Griffin, author of 14 points and 11 rebounds on a Sunday in which he shone from the triple.

The Nets made 10 3-pointers of 18 attempts after the break, dominated the rebound on the fairway in the second half, tightened a lot on defense after intermission, and their only but were turnovers.

In addition, very good first half to rookie Scottie Barnes, who contributed almost nothing in the second half of the game.