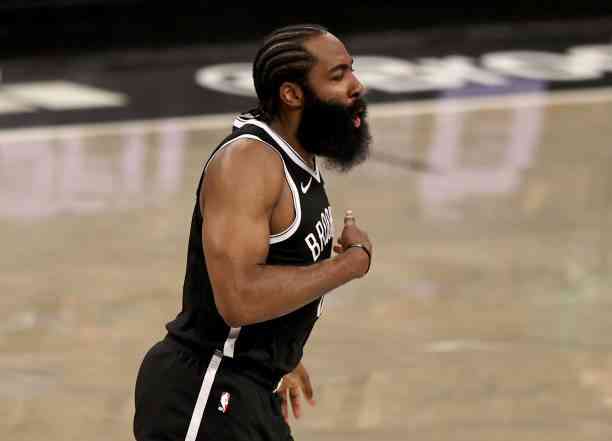 The Brooklyn Nets bet a millionaire figure to win their first NBA title with a trident that suffers in the playoffs.

The Brooklyn Nets became the NBA’s media project in 2019, when they signed two of the most important players in the league, Kyrie Irving and Kevin Durant, although the project really started in December 2020.

The franchise took a risk in 2019 with the signing of Durant, who was given a three-year contract and the option of exercising the fourth season. However, the first year was lost due to recovering from the rupture of the tendon of Achilles in his last final with the Warriors. That season, the Nets finished seventh in the East and were shut out by the Raptors in the first round of the playoffs.

While the gamble was risky, it went well (though not great) in the 2020-21 season, in which the Nets finished second in the East with a 48-24 mark, just behind the 76ers (49-23), with the arrival of James Harden. They overcame the first round of the playoffs to the Boston Celtics and lost a 2-0 lead to the Bucks in the Semifinals. After the fourth game, the series is tied 2-2.

The Nets’ most ambitious project

The franchise has historically remained in the shadow of the NBA. He is part of the group of 11 teams that have not been champions, and in New York City, they have always been below the Knicks, even in their low hours.

In 2002 and 2003, he reached the final and lost both times to the Lakers and Spurs. In 2013 he tried to put together a team with stars, so he signed Kevin Garnett and Paul Pierce, although the project did not work, largely because the reinforcements were already over 35 years old and the magic was on the decline.

In 2019 the most important change came after businessman Joe Tsai completed the purchase of the franchise for 3.5 billion dollars that made him the majority shareholder.

However, until December 2020 when the project began on the court, after recovering Durant, who became a potential Irving ally and in the first weeks of January 2021, James Harden joined to form a trident of anthology with an expiration date.

The Nets secured average players beyond 25 points per game with the trident, but they will have only two attempts to clinch their first NBA title with this trident before their star contracts expire and renewals they could depend on the successes.

In 2019 Durant signed a three-year contract, with the option of extending one more. Kyrie Irving signed for three years, and James Harden signed in January for two seasons with an option to extend the relationship for another year.

In this way, the trident could go out to free agency next year, and if this happens, Brooklyn would return to the shadows.

114 million (and more) for the trident

With the arrival of James Harden, the Nets became the second team with the highest salary mass of the season, with a total of 162 million dollars, only surpassed by the 171.9 million of the Golden State Warriors, according to El Country.

Of that amount, 114.7 million are directed to this trident. James Harden is the one who takes the biggest slice of the pie with 41.2 million throughout the season. Durant charges for this season, 40.1 million, while Irving adds 33.4 million.

For the following season, Durant, Harden and Irving will absorb 121.3 million, and anything that does not end in a championship will be considered a failure.