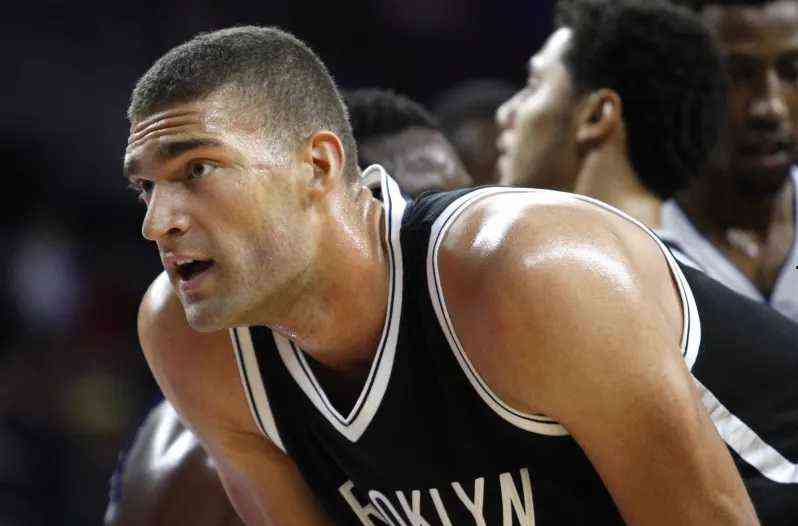 Long, long game at Little Caesars Arena. Blake Griffin’s first visit to Detroit with his new team and victory. Nets win by 111-113 thanks to a stellar performance of a sensational James Harden.

Too many stops, too much unnecessary tension, rough atmosphere. There was a video tribute from the Pistons to Griffin, and he was in every battle on the court, even though he actually only played 20 minutes. He did very well in return to his old house, his home, until a few weeks ago.

The game had 57 fouls that generated 81 free throws. In addition, 5 techniques and the expulsion of the local Isaiah Stewart. Detroit knew that going to war was its only option, and it almost ended up winning the battle.

The end was as thick as a good part of the meeting. At 110-113 on the scoreboard, Griffin made a foul in the fight for a rebound and gave his former team a chance to win. Mason Plumlee was not very skilled with free practice: he missed the first and scored the second (111-113) with 4.5 seconds left. He threw Jeff Green for Griffin, but actually gave the ball to Saddiq Bey in the middle of his fight with Griffin for position. And he attacked the Pistons to tie or win with 3.3 seconds of action.

Then, Cory Joseph, recently transferred, playing his debut game with Detroit, penetrated to the basket, reached below the rim, and when almost all obstacles seemed overcome, he missed the tying basket on the horn.

The Brooklyn Nets won with a memorable game by Harden, one more: 44 points, 14 rebounds, 8 assists, only 3 turnovers, and 30 field goals touching 50%. Huge Beard.

Meanwhile, Blake Griffin begins to shine with the Nets. He showed off to his former team. He jumped on the track as a substitute with 3 minutes and 52 seconds to go to the end of the first quarter, and in that short time, he already scored 7 points. Griffin did quite well, who finished the game as the second scorer of his own: 17 points in 20 minutes, with 5 of 8 on the field and 2 of 2 on triples.

Griffin was also involved in the incident with Isaiah Stewart. They remained at 9:50 to reach the break. The play between the two ended with a technique for Griffin and expulsion for Stewart.

Brooklyn, who clearly dominated the rebound, played again without Kyrie Irving and Kevin Durant, which did not prevent a new victory for the team, which is already at 31-15.

The 750 spectators who gathered on the Pistons court saw another defeat for their own despite the team fighting to the end.

Tatum And Curry Scoring Feast in Celtics’ Win Over Warriors