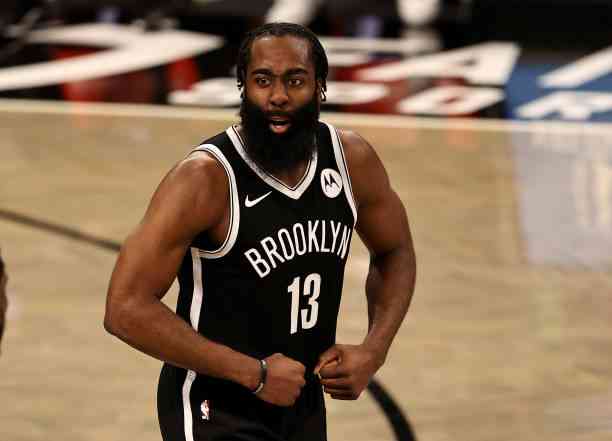 The Nets come back to the Knicks and prevail 114-112 after Randle missed the final shot.

Jeff Green scores the 2 free-winners and defends Randle on the deciding play.

The Brooklyn Nets rallied from an adverse score and overcame the early march of James Harden, whose return to the court was extremely fleeting. Victory against Knicks 114-112 in the New York duel with 40 points from an unstoppable Kyrie Irving.

Harden had just missed 2 games with a muscle injury and barely lasted 4 minutes on the court before relapsing from his injury. His departure from the team left a harsh panorama, but Irving dressed again in the hero cape to sign a formidable performance to guide his team to victory, a triumph that serves Brooklyn to lead the Eastern Conference alone. .

The locals had Irving in 40 points, 7 assists, and 5 triples, and the decisive Jeff Green in 23 points and 5 triples. Joe Harris had 16 points, and 8 rebounds, and LaMarcus Aldridge was discreet and took a sovereign stopper from Julius Randle that the referees did not recognize at the time (there was a review). The Nets’ most pleasant surprise came from Alize Johnson’s hand, a player with a 10-day contract.

In the Knicks, 22 points by RJ Barrett, 21 and 5 triples by Reggie Bullock, triple-double by Julius Randle with 19 points, 15 rebounds, and 12 assists, although he was not very accurate in the shot and missed the crucial final shot, and 16 points in 25 minutes from Derrick Rose, who had a very good first half and left us with hints of his enormous quality.

All this in a meeting that was decided by a sigh in the final seconds.

A tight end in which Jeff Green, his great game, was decisive. A triple by Alec Burks had made it 112-112 on the scoreboard. The Nets attacked, Joe Harris missed from the middle distance, but the rebound went to the hands of Jeff Green, who ended up in free practice. The veteran player’s pulse did not tremble with 3.7 seconds to play: yes and yes to leave the light at 114-112.

He threw the Nets out to look for the tie or the win, and Julius Randle was conservative and looked for the shot from mid-range against Green’s mark. Failure. It was there that all the visitors’ hopes were blurred.

It was a beautiful New York duel, and that’s a lot, given what the New York duels have left us in recent years.

Brooklyn did not defend anything in the first half, and the Knicks dominated the score without fanfare until shortly before the break they reached their maximum advantage (53-67) after a triple by the successful Bullock.

At halftime, 57-67, with Irving on 23 points, excellent offenses from Bullock and Derrick Rose, and Randle heading for a triple-double. The Knicks was shooting very well to the basket and had only misplaced a couple of balls.

The second half had another song. The Nets defended and left the Knicks at 45 points. That allowed them to come back and get into the game until they finished the third act winning 89-88 with 34 points from Irving. Randle had already completed his fourth triple-double of the season by playing the third quarter.

The last act was dominated by equality, although Brooklyn got to acquire a cushion of 8 points (102-94) after a basket by Timothe Luwawu-Cabarrot, reaching an exciting outcome.

The Nets, who have 8 straight home wins, played without Kevin Durant, Blake Griffin, and Tyler Johnson, and lost to Harden in the 4th minute. A whole catalog of obstacles that did not prevent their victory against Knicks, who have completely changed their chip with Thibodeau at the controls.

Poor Start Of Westbrook And Argentine Duel In Denver