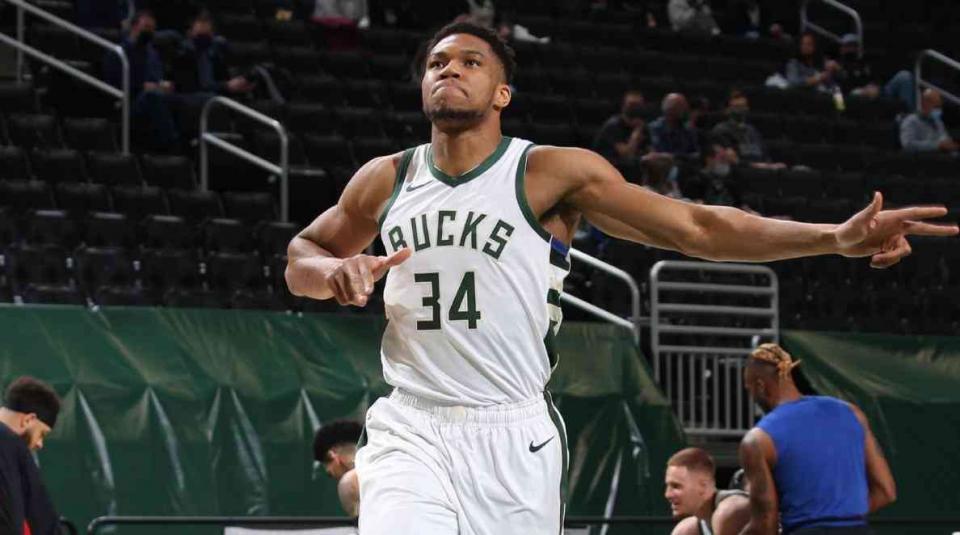 Double win against a pair. The Bucks hit twice. Budenholzer’s team beat the Brooklyn Nets for the second time in three days to qualify for the playoffs after beating the Sixers twice in a row in April.

Milwaukee points out ways and continues in the fight for the first place in the East with those two teams that it has won twice, although doubts continue to hover over the team for the postseason, perhaps for no reason, because this team is a very different team from last year.

The victory of the Bucks (124-118) was forged in the last quarter from the defense and a crucial 18-1 partial that led the locals to get 115-104 on the scoreboard playing without a reference center, with Giannis Antetokounmpo as the only player approaching the work of a pivot in that way.

That part was not decisive, but it was important. In fact, Brooklyn regained the air after that 18-1, came back, and got fully into the game facing its final stretch, the final stretch in which the visitors unsuccessfully took Antetokounmpo to free throws (the Greek was successful in that chapter of the game) and in which Jrue Holiday, his great performance, ended up finishing the game by spectacularly stealing a ball from Kyrie Irving with 124-118 on the scoreboard.

Atento was once again an essential piece in the victory, although not at the stratospheric levels of the previous game (49 points). In this second, 36 points, 12 rebounds, and 4 assists, with 10 of 12 from free practice, but with 11 of 30 from the field goal.

Again, and in a more exaggerated way, the Nets conceded the outside shot to the Hellenic, floating in a clamorous way for him to shoot 3, but the start of the strategy could not be more discouraging, since Anteto hit several triples to make the rival. That tactic reached its peak when at the beginning of the third quarter, the NBA double MVP missed a triple while alone, the rebound came to his hands, he stopped, bounced the ball, breathed, and returned to throw another triple that entered without anyone approaching him throughout the operation. Of course, as the game progressed, the strategy began to bear fruit, and Anteto finished with 4 of 12 from beyond the arc.

The big star of the Bucks got into foul trouble in the second quarter (third foul at 7:57 before halftime), but Budenholzer only sat him down for 3 minutes before getting him back on track. From there, the Greek remained without fouling, although he was no longer the absolute dominating Anteto at the start of the game (19 points in his first 13 minutes on the court).

As crucial as the Greek were his two best buddies: Khris Middleton and Jrue Holiday. Middleton had 13 of his 23 points in the fourth quarter, and Holiday finished with 23 points, 8 rebounds, and 10 assists, as well as excellent shooting percentages.

Also noteworthy is the work of Donte DiVincenzo, who started the game with a horrible airball, but ended up recovering from his bad moment of play with 10 points and no less than 15 rebounds, and that of Bryn Forbes, who is still fine in shooting. Today, 14 points and 4 triples.

Milwaukee played physically and was not daunted by the always offensive bet of the Nets who returned to play without James Harden and who trusted everything to the duo formed by Kyrie Irving and Kevin Durant. Brutal the couple of yore with 70 points. The point guard added 38 points and 6 triples, and the forward had 32 plus 9 rebounds and 6 assists. The third quarter of the Nets’ stellar duo was huge (they scored 30 of the team’s 36 points in the fourth).

That third quarter of Irving and Durant sponsored the visiting comeback, going Nets from going to rest losing 66-58 to starting the final quarter winning 92-94, although then the team conceded during the fourth period that 18-1 quarter that broke the winning trend that Brooklyn was wearing in the second half.

The Bucks dominated the rebound and endured the excellent bombardment of the Nets from the triple (20 of 43), a Nets that missed 10 free games that were important in the end.

In addition to their stellar duo, Brooklyn had Jeff Green, Joe Harris, and a Microwave Mike James in double-digit scorers (10 points in 10 minutes after a spectacular first outing). Blake Griffin’s contribution was above his numbers, and the Nets recovered the injured Nic Claxton.

The truth is that everything is still open in the East for the first position. Sixers, Nets, and Bucks keep up their fight.