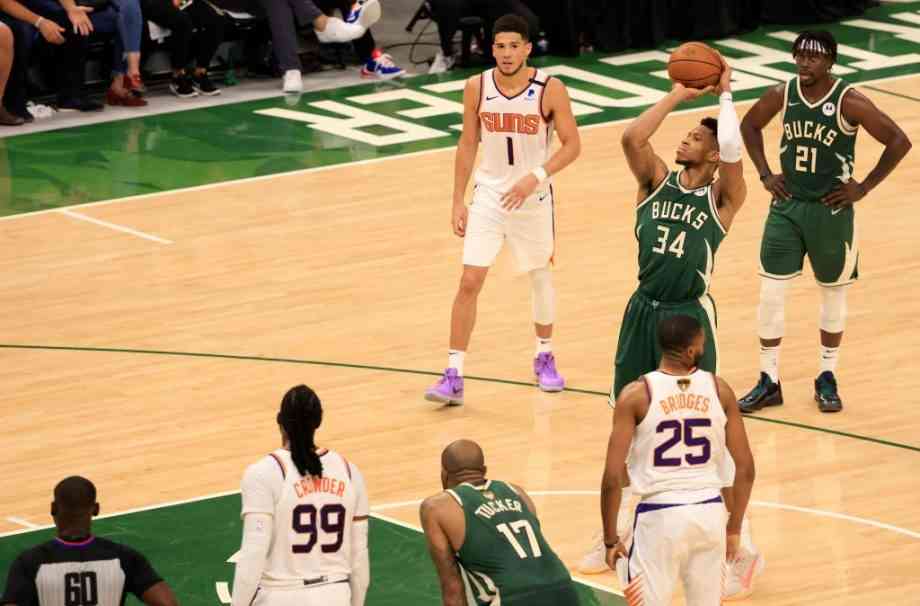 Giannis Antetokounmpo scored a double-double in Game 3 of the NBA Finals between the Bucks and Suns.

The 2021 NBA champion will not be defined in four games. The series between Milwaukee and Phoenix will be resolved at least in the fifth game, as the Bucks already showed signs of life and signed up for the third game, which was the first they played at home. Cam Johnson’s dunk was from another planet despite the Suns’ loss.

Giannis Antetokounmpo and company stopped Chris Paul and Devin Booker, who went virtually unnoticed on the Milwaukee court, where the Bucks won 120-100.

The series needed the Bucks to react, and they did, despite being outscored in the first quarter. But we saw the best version from the second, when they tied the scoreboard, they found confidence. The defense connected, and the offense opened the ring until the difference grew to 15 points by halftime.

It was not a 42-point match like in the second game. The Bucks star claimed prominence and closed the game with 41 points, 13 rebounds, and six assists.

When the Suns seemed to cut the gap in the third quarter (they got closer to six points), the locals hit the gas and started the fourth quarter with a 22-point cushion.

Not only was it almost three days off for the Milwaukee roster, but in Game 3, Giannis Antetokounmpo was able to rest from the famous 10-second count from the free-throw line.

The Hellenic player had missed seven shots in the last Phoenix game of 18 attempts. At home, he stood on the line 17 times, of which he missed four … Of course, the controversy continues about whether it takes more than 10 seconds to throw the ball to the basket.

What happened to the Suns?

The Bucks home weighed too much, and the Phoenix circuits were shut down. Chris Paul (19 points) hit several walls on the way to the basket, activating himself as an assister.

Devin Booker (10 points) also did not find a clear path to repeat the dose of triples, so the Sun’s flag was Deandre Ayton with 18 points and seven rebounds.

Now what Cam Johnson did is from another game. In an attempt to provoke a reaction from the Suns, Johnson dared to fly through the Milwaukee sky to spike a ball to the astonishment of PJ Tucker.

Clippers Looking For Base: Rubio, Rozier And Hill On Their Radar