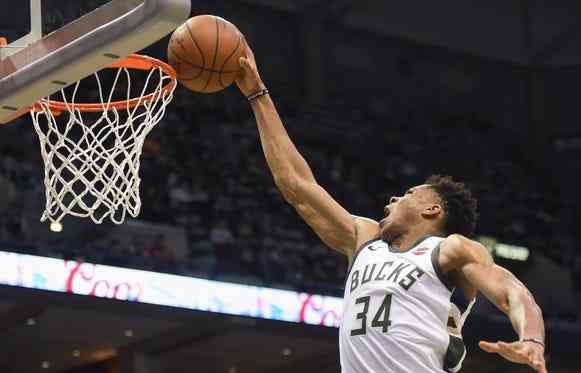 Milwaukee Bucks beat Phoenix Suns 120-100 with 41 points from the Greek player. The locals dominated from the second quarter and had a maximum advantage of 25.

Blunt response from the Bucks at a truly delicate moment. Milwaukee beat Phoenix in a resounding way (120-100) to avoid an irreparable 3-0 and shorten its deficit in the Finals to a 2-1 that restores competitiveness to the fight for the title.

Final local victory with another masterful game by Giannis Antetokounmpo , who had 42 points and 12 rebounds in the second game.

The Greek led the triumph of his team in a big way, he was very intense on the court and very successful in all the essential recesses of the game. Anteto added 41 points, 13 rebounds and 6 assists, only lost 1 ball, presented 14 of 23 in the field goal and was especially successful from the free throw with a series of 13 of 17, an unusual 76.5% effectiveness from the penalty line.

The Milwaukee Bucks star finished the third quarter with 34 points, 12 rebounds, and 6 assists, becoming the fourth player in the last 25 years to 30-10-5 in the first three quarters in the Finals. He was preceded on the list by Michael Jordan, LeBron James and Kevin Durant. An illustrious list.

Along with the Greek, a resurrected Jrue Holiday, vital in a key moment of the third quarter and author of 21 points and 9 assists, with good shooting percentages and 5 triples scored.

The two of them, Anteto in first order and Holiday in second term, were the essential players in the victory, not forgetting the very good first half of Khris Middleton, who faded in the second, and the outstanding work of Bobby Portis and Pat Connaughton in the second unit. PJ Tucker was also an important player, and Brook Lopez did not underperform in the minutes he played, which were not many, as Budenholzer is increasing his bet on Portis.

Milwaukee dominated the game from the second quarter, a quarter in which he scored no less than 22 points from the paint! And clarified the duel at the end of the third act with a 16-0 run that put a resounding 98-76 on the scoreboard.

In those two quarters, the second and the third, Budenholzer’s men scored 73 points, a real outrage, an offensive exuberance that joined a spectacular defensive improvement by Wisconsin’s men from the second quarter.

The break was reached with a clear 60-45 after a 35-17 set in the second quarter, but Phoenix reacted in the third with a huge Cam Johnson, who dunked over PJ Tucker simply astonishing, no matter what he could be missing or not, what a move! That reaction put the Suns only 4 points behind the Bucks, 74-70, but at that moment, the best Jrue Holiday emerged to rescue Milwaukee with his triples.

The final 16-0 of the third quarter, with 7 points from Anteto and 6 from Connaughton, killed Phoenix, and the last quarter was already a military walk for some Bucks who had a 25-point lead (101-76).

The Bucks dominated the rebound, did damage from the paint on offense, and shot better than the Suns both from the triple (Phoenix was 9 of 31) and from, and this is news !, the free, with the almost infallible Suns signing this time a poor 11 of 16. Second-chance points were also key to sink the visitors.

Phoenix could not be Phoenix this time. The poor game of Devin Booker (10 points with 3 of 14 from the field goal and 1 of 7 from the triple) and the foul problems of Deandre Ayton, who made a huge first half, thinned the competitive fiber of Monty’s team Williams.

Chris Paul was good, but not great. He added 19 points and 9 assists. Ayton had 18 points and 9 rebounds but only had 2 points after the break, his good night being cut short by fouls. Excellent game by Jae Crowder with 6 of 7 from the triple and great third quarter by Cam Johnson, who finished with 14 points.

In addition to Booker’s bad night and Ayton’s fouls, the lack of a very muted Mikal Bridges offense, nothing to do with the player from the second game of these Finals.

The good news for Phoenix is ​​that Torrey Craig was able to play after his injury in Game 2; The bad news is that Milwaukee goes from being on the ropes to building up morale after playing a great game.