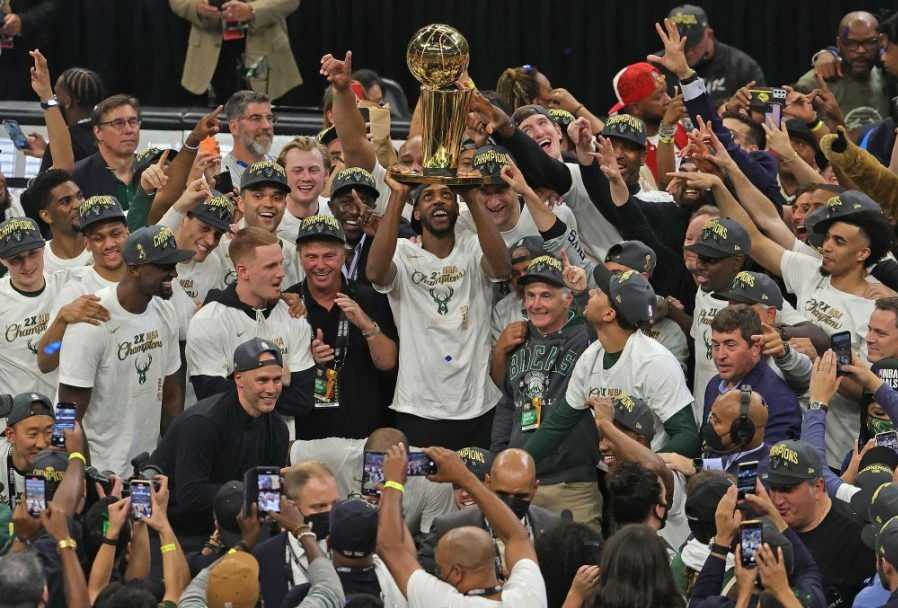 The Milwaukee Bucks will end the White House veto after five years, following the departure of Donald Trump from the presidency.

After five years, the NBA plans his return to the White House. The visit of the champions of the best league in basketball was a tradition of each year. However, this was cut during the term of the controversial President Donald Trump.

The president of the United States faced the NBA on several occasions, a league in which most of the players are African-American, and had several meetings with the stars, including LeBon James and Steve Kerr.

Trump’s immigration policies caused unrest among many players and cases of violence by the police towards African-Americans, such as the case of Jacob Blake and George Floyd, for whom the ‘Black Lives Matter movement was born, which was criticized by Trump.

How did the divorce between NBA and the White House start?

The last champion to visit the White House was the Cleveland Cavaliers, in 2016, when Barak Obama was president. The Golden State Warriors were the first banned from the White House, after being crowned in 2017 and 2018.

The team is led by Steve Kerr, who criticized Trump during his campaign for his racist and misogynistic speeches, and found support from his players, and before receiving any rumors of invitation to the White House, they unanimously voted not to go. to Washington, and that’s when the White House vetoed NBA teams.

In 2019, the champions were the Toronto Raptors, who at that time had Kawhi Leonard, and they were not invited either.

In 2020 the Lakers were crowned in the Orlando bubble, and through LeBron James, they stated that they would go to the White House when Trump finished his term. However, with Biden as president, they had to cancel the plans due to the pandemic.

The return of the NBA

Now it is the NBA’s turn, with the Milwaukee Bucks, the current champions, after beating the Suns, who would be living with Joe Biden on November 8, a days after playing in Washington against the Wizards.