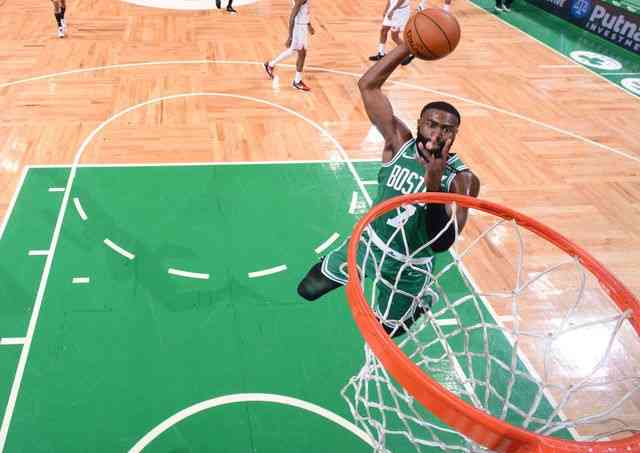 Boston Celtics has beaten the New York Knicks by a close 101-99 in a historic duel between direct rivals this season. Triumph with 32 points and 10 rebounds by Jaylen Brown and decisive final quarter by Marcus Smart.

The Celtics-Knicks was a balanced game in which there were up to 17 changes of leadership on the scoreboard, a meeting that was decided in the final stretch with crucial participation in the outcome of Smart.

Smart scored 14 of his 17 points in the final quarter (he also added 9 assists in the game), and 5 of those 14 points scored in the fourth quarter were achieved in the last minute of the game.

A triple by visitor RJ Barrett made it 93-93 as it entered the final minute of the match. From there, crucial actions by Smart, first with a triple and then with two free ones to put 99-93 on the light with 11 seconds to play.

Brown and Smart led their team in the company of Jayson Tatum, author of 25 points, 10 rebounds, and 5 assists, although he lost 8 balls. And the Celtics are put with a balanced record of 26-26 by the 25-27 of some Knicks who are having a good season.

Boston has 3 victories in its last 4 games and thus seems to take off a bit in a frankly disappointing season for Brad Stevens’ team.

Kemba Walker and Evan Fournier did not play, but Boston had back Tristan Thompson (Covid protocols), who had missed his team’s 12 previous games. The pivot added 7 points, 8 rebounds, and 3 blocks in his return to the game.

It was Thompson the best of a second Celtics unit that was clearly short and insufficient.

The Celtics again suffered the evil of turnovers, many losses that gave up to 21 points to the rival team. On the other hand, the offensive rebound’s work was really good on the part of the locals, who shot well of 3, just as the New Yorkers shot well of 3.

New York had RJ Barrett with 29 points (6 of 6 from the triple!) And Julius Randle with 22 points, 9 rebounds, 6 assists, and 3 recoveries. Only Derrick Rose -11 points- also reached the ten in Thibodeau’s squad in a game very accommodated to the cut-off in which the Knicks coach moves.