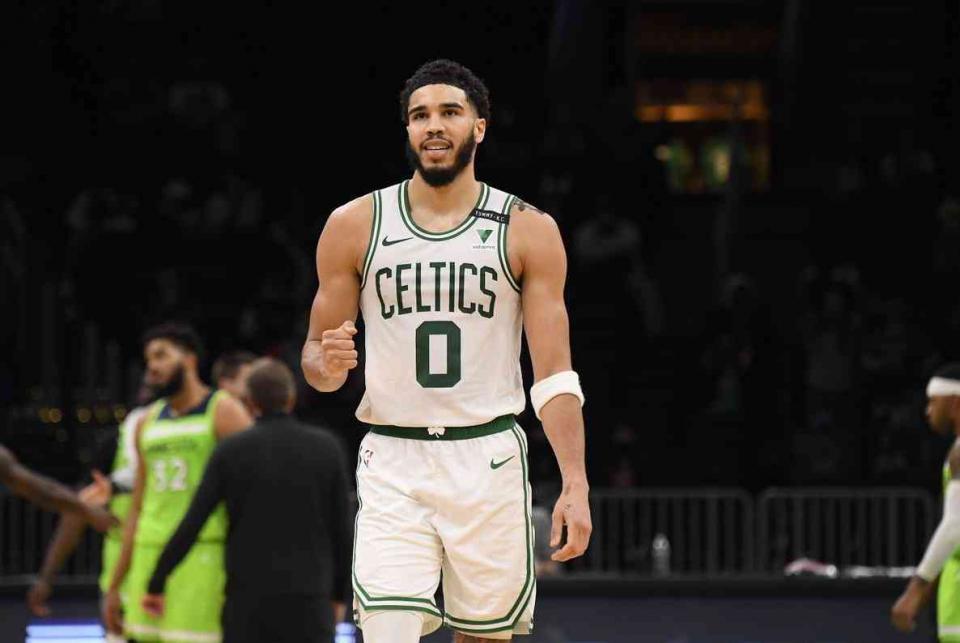 Boston comfortably wins the Wizards (118-100) and will face the Nets in the first round.

Objective achieved by fast track. Boston Celtics won’t need a second play-in game. The green team has qualified to play the playoffs after defeating the Wizards. It was a convincing victory led by a tremendous Jayson Tatum.

Boston has some very good news: He’s in the postseason. But he also has bad news: his rival will be the Brooklyn Nets. Beyond the latter, the team overcame the loss of Jaylen Brown. Thanks, above all, to have a superlative Tatum.

Tatum did it again. Immense game of the forward. He always knew how to read the main lines of what the party was asking for. It was a scourge for the rival defense. His third quarter was overwhelming. It was at this point that Boston began to build its victory.

Comfortable home win. The Garden saw how their team did not waste their advantage on the scoreboard. The Garden saw a solid match of their own. Without lowering your guard in the final stretch. Without allowing the Wizards comeback. The people from the capital were seen without legs. Bradley Beal is not with the physicist in place. And Russell Westbrook lost his essence in the second half, and the numbers dropped.

One fact exemplifies the difference between one and the other: Tatum scored 32 points in the second half (23 in the third quarter), and Westbrook had 1 rebound and 0 assists after the break! Westbrook disappeared and Washington disappeared.

His exemplary exercise covered the shortcomings and misfortunes of his team. The injury of Robert Williams III . Marcus Smart’s scare from which his performance dropped (great defense from Smart to Beal). Evan Fournier’s gray party . The null contribution of the second unit, with the exception of Tristan Thompson.

Tatum had Kemba Walker as his great squire. He finished with 29 points and 6 triples. And the third player on the team was Tristan Thompson. He shot for experience and surrendered: 12 points and 12 rebounds.

Boston defended at a high level in the second half. Little by little, he balanced his rickety bounce. He controlled the turnovers well (something that is not usually usual). And he did not lose concentration when he took a wide advantage on the scoreboard.

Washington had Beal on 22 points. And Westbrook at 20 plus 14 rebounds and 5 assists. Between the two … 16 of 43 in the shot. Actually, the player who was really good was Ish Smith. Great game yours (17 points and 8 rebounds).

The visitors had several serious problems. His shot of 3 was a ruin (3 of 21). They lost quite a few balls (7 in the first quarter). And his tall men were quickly charged with fouls. It happened to Daniel Gafford, Alex Len and Rui Hachimura . The Japanese got the worst of it. The first half was especially bloody for Washington. The referees called 5 fouls on the Celtics and 16 on the Wizards. However, it was in the third quarter that good local play broke the game.

Partial 22-4 to start the third quarter and break the Wizards. Improved home defense. Kemba Walker hitting 3 triples in no time. And Tatum just unleashed. He scored 23 points in the fourth! A true machine to annihilate rivals.

That 22-4 brought the score to 74-58. At that point, Washington was able to stop the bleeding a bit to reach the final quarter alive. At the conclusion of the third quarter: 90-80.

More defense. Better ball movement. And Tatum, always Tatum. Ingredients to win the game and not give in in the final stretch. The Wizards attack was bogged down with Russ missing in the aesthetic. And with a limping Beal. Few legs in Washington. Easy home victory extending the lead on the scoreboard.

The Wizard will have to meet the Pacers in their second play-in game. That will be a life or death match. Whoever wins, to the playoffs; whoever loses, home.