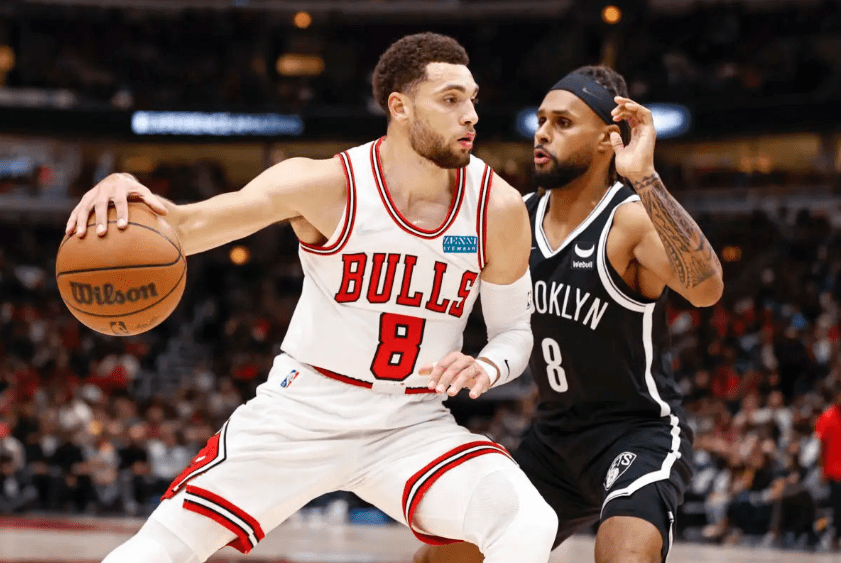 118-95 win with 28 points from DeRozan, 24 from LaVine, and a great game from Dosunmu. Brooklyn sinks in the final quarter, and Kevin Durant’s 38 points are useless.

Chicago Bulls repeated their machado. If he beat the Celtics by endorsing a tremendous 39-11 in the final quarter, today he defeated the Nets with a 42-17 run in the last 12 minutes of the game.

The team Billy Donovan was a real steamroller in the fourth quarter, to impose 118-95. Now, the Bulls (7-3 mark) are ahead of the Nets (7-4), who had just won 5 consecutive games, some Nets who have clearly been accused of having played 24 hours before in Toronto, going deep in a bad way in the final stretch of the match.

These Bulls are already leaving very positive messages at the beginning of the year, great small pearls that augur a good season for the team.

Today’s was an exemplary last quarter, with the home team drowning Brooklyn’s scoring lines to leave Steve Nash’s team in scraggly numbers. Nets was 5 of 20 shooting in the final quarter, only hit a triple when he made 10 in the first three quarters, and lost 5 balls, completely losing his footing until he became invisible as a competitor.

Faced with that poor visiting offense, the locals have opposed an emergence of the best basketball on both sides of the court, scoring 42 points in the final quarter with excellent shooting percentages, which have included a 5 of 6 from the triple, matter this it had been a lot for Chicago in the first 36 minutes, as they had finished the third quarter with a gruesome 4-of-25 run from beyond the arc.

In fact, the extreme resolution of the last quarter was preceded by a third quarter that at times became a chaotic riot without order or concert. Nothing to do with what would come immediately after.

There are three men above all at the Bulls party: DeMar DeRozan, Zach LaVine, and rookie Ayo Dosunmu. The first, who is playing like the angels, added 28 points; the second has 24; and the rookie has returned to leave great sensations, achieving 15 points and 7 rebounds in 20 minutes, and being important in the final quarter.

Nikola Vucevic, very imprecise in attack in many moments of the game, was improving to finish with 11 points, 13 rebounds, 5 assists and 3 blocks.

Brooklyn’s 38 points and 10 rebounds from a huge Kevin Durant were of no use to him, nor did LaMarcus Aldridge’s great game (19 points and 7 rebounds in 23 minutes, with an exquisite first half).

Brooklyn had too many off-site players. James Harden didn’t shine, and Blake Griffin, Patty Mills, and Bruce Brown had a bad night. The team was under 40% on the shot, faltered on the rebound, and disappeared in the fourth period against some spectacular Bulls.