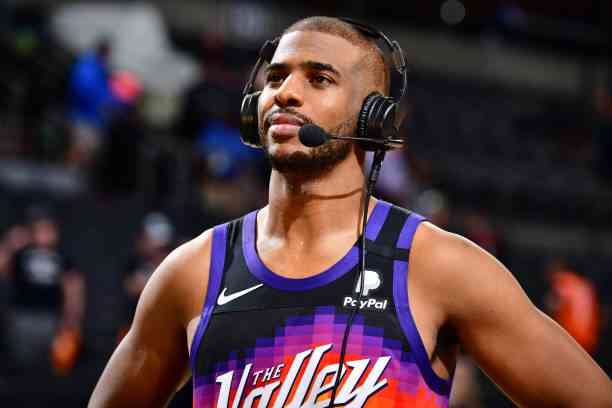 Chris Paul broke the 30-point barrier in the first game of the NBA Finals between the Phoenix Suns and Milwaukee Bucks.

The first game of the 2021 NBA Finals was too big for the Milwaukee Bucks. Every time they hit the gas, the Phoenix Suns separated on the board and took the first game 118-105 with a great display from veteran Chris Paul.

The return of Gianinis Antetokounmpo

The best thing that could happen to the series is the return of Giannis Antetokounmpo, who had missed the last two games against the Hawks with a left knee hyperextension. The Bucks had left their star in doubt until 20 minutes into the game, when he was finally cleared.

Antetokounmpo showed that the injury is practically overcome, because, throughout the game, he gave away two plugs on the roof of the floor, in addition to contributing 20 points, 17 rebounds, and four assists and although they are not his best numbers, especially in the hoop, not bad after almost a week away.

Chris Paul and Devin Booker are a nightmare together

However, the Suns were the ones who scored the first game thanks to the harvest of Devin Booker, author of 27 points, two rebounds, and six assists. But Chris Paul did his thing with 32 points, four rebounds, and nine assists.

When Booker and Paul connect, the Suns come across as an intractable team. If they can stay that way, they could bleach. Since 2000, only three champions have finished the series in four games: Lakers in 2002, against the New Jersey Nets; the Spurs in 2007, against Cleveland and the Warriors in 2018, also against Cleveland.

When is the second game played?

The second chapter of the finals will take place on Thursday, July 8 at 8:00 p.m. (Central Mexico time) and will be played again on the Phoenix court, so that the Suns will once again be favorites for the appearance of the home, added to the image they left in the first game.

The Bucks reached the first game of the finals after 13 games in their last two series, with only two days off and no home games since July 1, so we expect a new image for the second and especially for him.

They Are The Three Players Who Will Participate in The Dunk Contest At The All-Star Game.