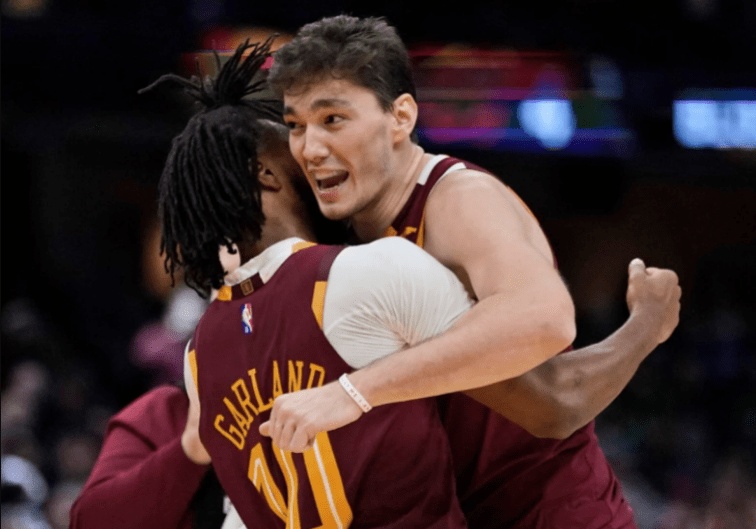 91-89 victory to become 9-5 under the impulse of Garland, Mobley and Rubio. The Cleveland Cavaliers dream does not stop. When we are close to completing a month of competition, these surprising Cavs, who are not stopped even by casualties, are in fourth place in the tough Eastern Conference with a 9-5 record. But, of course, it is not necessary to throw the bells to the flight, because this has only just begun.

New victory, and there are already 6 in the last 7 games. Victory against Boston Celtics by a tight 91-89 after coming back 19 points behind. The defense was once again at the center of Cleveland’s success, as well as the faith of its players in their possibilities. Darius Garland , Evan Mobley and Ricky Rubio led the way, a win in which they left Boston at just 37 points in the second half and just 15 in the fourth quarter.

Without Collin Sexton, Kevin Love, Lauri Markkanen and Lamar Stevens, which is a lot for a modest team with a squad without much background. Without all of them, the Cavaliers keep winning. Among those 9 wins of the course, wins against Hawks, Nuggets, Clippers, Knicks and Celtics, and has already left 6 opponents below 100 points.

Bickerstaff can be fully satisfied with his boys, something Ime Udoka cannot say, who in his first season with Boston is 6-7.

The Celtics played without Jaylen Brown, Al Horford and Josh Richardson, but despite this, they have a roster to beat some Cavs who finished the game better.

No one could imagine a hometown win when Cleveland left the first quarter scoring 9 points. The first act of the Cavs was simply regrettable: 9 points to lose 9-20 after making a 3 of 20 in the field goal, a 1 of 9 from the triple, giving only one assist and losing 6 balls. Only Garland worked.

At halftime, 38-52 after a final alley-oop drawn by Marcus Smart and Robert Williams III, with Boston dominating the score with solvency, as it did in the third quarter, they had a 19 advantage (53-72). But the Celtics’ legs weighed more than the Cavaliers.

Both teams were in their second game of a back-to-back. Only the demands weren’t the same. Boston had to beat Milwaukee in overtime and then went to Cleveland. The Cavaliers defeated the Pistons 98-78 and did not have to move from home.

The visitors’ physical and mental decline was reflected in a tremendous 24-4 run for Cleveland, which went from losing 53-72 to winning 77-76 with less than 7 minutes remaining in the game.

Those last 7 minutes were a compendium of balance and alternatives on the scoreboard, with constant changes of the owner of the light and a very close finish.

Garland scored 2 free after forcing a penetration off Smart. It was 91-89 with 9.4 seconds remaining. And he attacked Boston to tie or win. The ball in the hands of their best man for the second consecutive night, Dennis Schröder, who repeated in trying to take away his defender with his left hand with total impunity. It was of little use to him, because he ended up missing the shot that would have forced the extension.

In the end, hometown triumph with 22 points and 6 assists from Garland, 19 points, 9 rebounds and 3 blocks from rookie Mobley, who played 40 minutes and continues to show class in his first year, and 16 points, 5 rebounds and 7 assists from Ricky. Blond.

The Spanish led a second local unit that was much more than the second visiting unit, which constituted a veritable wasteland.

Schröder, who came from scoring 38 points, had 28, Jayson Tatum added 21 with poor shooting percentages, especially from the triple, Robert Williams III had 12 points, 16 rebounds and 3 blocks and Smart gave 8 assists and stole 5 balls.

Juancho Hernangómez played 5 minutes in the first half, who scored 2 points and saw his team do +9 with him on the court. But his coach did not give him more ball. So his position in Udoka’s rotation remains totally residual.