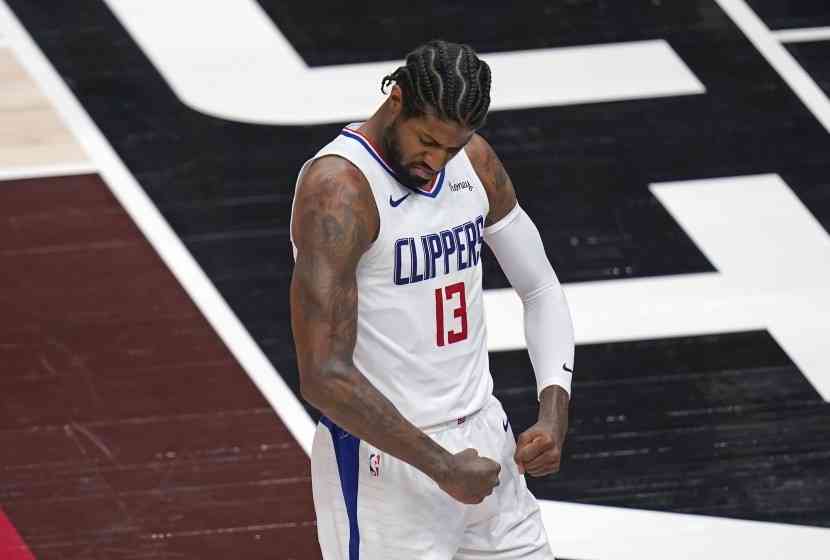 Morris and Jackson second George and Clippers placed one step away from the West finals. Bogdanovic scores 9 3-pointers in a Jazz game which misses the best version of Mitchell.

After the tremendous blow came to a great joy. The Clippers unexpectedly got over Kawhi Leonard’s devastating injury. Paul George was a superstar and claimed his figure. And the Angelenos won in Salt Lake City.

Victory by 111-119. To add 3 wins in a row. From losing the series 2-0 to winning it 2-3 and being one step away from the West finals. The sixth is played in LA and maybe the grave of the Utah Jazz. The team that had the best record of the season is on the verge of KO.

At times it seems that Jazz trusts everything to his triple. And that’s a double-edged sword. In the first part, it was expensive; in the second, cross.

The Jazz broke their record for triples in the first quarter. No less than 10 out of 15 attempts! And they came to rest with some figures to remove the hiccups: 17 triples of 30 attempts! To the beat of a brutal Bojan Bogdanovic . They were winning 65-60 at the equator. But then the skinny cows came. From the exceptional 17 of 30 in the first part to the embarrassing and cruel 3 of 24 in the second!

That 3 of 24 from Utah’s 3-pointer after the break was his grave. The team did not know how to get away from the rival defense more than shooting three-pointers. Poor solution. They threw 26 shots of 2 and no less than 54 triples in the match. Double these than those. Just at one point in the third quarter Rudy Gobert was a coveted piece. When he hurt the offensive rebound and scored. The rest of the second half was from Ty Lue’s small ball. Clippers’ small ball is killing Jazz. Also the loss of Mike Conley, of course. And today the performance of Donovan Mitchell. Mitchell acted like a human. And that threw his people a bit apart. He was not seen well physically.

The one who was seen full of joy was Paul George. Without Kawhi, he served as the omnipresent leader. He added 37 points, 15 rebounds and 5 assists. And it was above 50% in the shot. He is the first player in the franchise to be at least 35-15-5 in the playoffs.

Along with him are two players who are making brilliant playoffs: Marcus Morris and Reggie Jackson. The first one signed 25 points with very good shooting percentages. The second helped with 22 points taking a crucial step forward in the second half. At the moment Royce O’Neale managed to stop Paul George at times with his great work.

Also note the work of the young Terance Mann. He started, defended, was intense and scored 13 points. Clippers did a +17 with him on the court. And he left us the play of the game. Tremendous 2 + 1 with mate on Gobert’s face! Play to frame in a hot moment of the game. In the decisive final stretch. You have to have personality to do that.

Nice work from Nico Batum and Patrick Beverley. Rajon Rondo returned to the rotation and Ivica Zubac was limited to 8 minutes. Lue’s increased bet for the game without a reference center.

Clippers shined especially in the third quarter (18-32). There he brought out his best defensive line. According to the triple rival he was decomposing. In said fourth Utah signed a 0 of 10 from the triple.

The Californian team exceeded 50% on the field goal in the match. He shot well from 3. And limited his turnovers.

The best local was Bojan Bogdanovic. Wild his first quarter (18 points with 6 of 7 in the triple). He finished the game with 32 points and 9 triples. Donovan Mitchell did not have his best day: 21 points and 6 of 19 on the shot. He was physically limited.

Utah had 6 players in double scorer figures. Gobert finished with 17 points and 10 rebounds in 42 minutes. He is suffering in this series. Jordan Clarkson went from more to nothing. He finished with 15 points. Harmful to his team in the second half (1 point). And Joe Ingles and Royce O’Neale worked well. Despite George’s imperial performance.

Clippers are now facing a great opportunity. Either Utah reacts or is out.