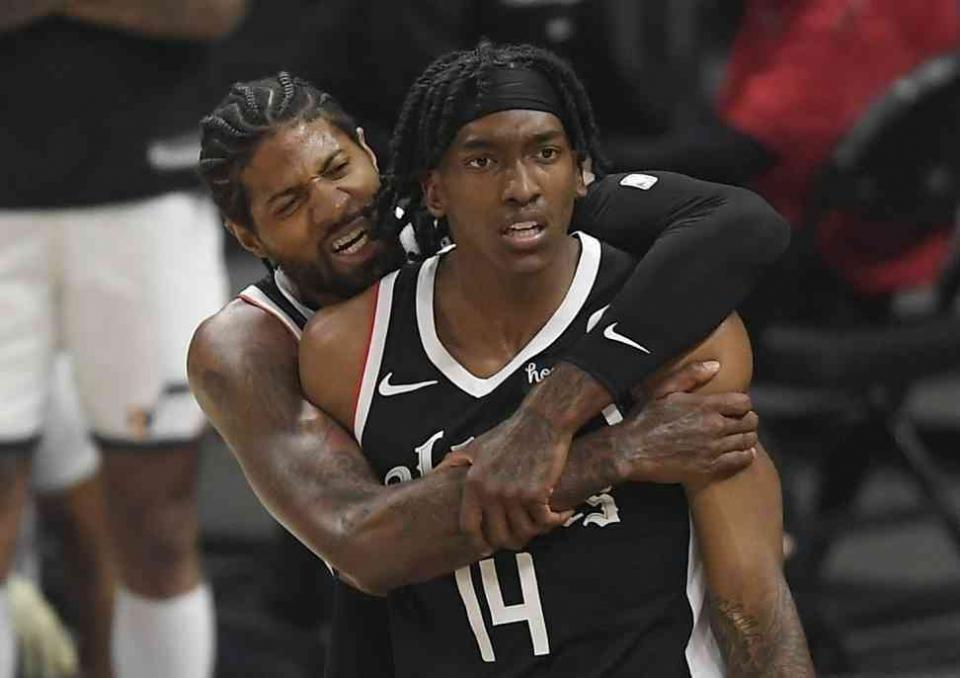 131-119 win without Kawhi to make history after beating Utah Jazz 2-4. Mann scores 39 points, and Clippers score 81 after the break; Mitchell makes 39 for Jazz.

Kawhi Leonard wasn’t there, but Terance Mann was there. That phrase would have seemed to anyone a joke in bad taste before the sixth game of the Jazz-Clippers series, but it takes on an unusual validity on a historic night for the Los Angeles franchise after the game.

The Clippers have beaten the Utah Jazz 131-119 after coming back 25 points behind, and that victory has given them their fourth consecutive win to win 2-4 in the series and thus access their first Conference Finals. They will play the West final against the Phoenix Suns starting this Sunday.

A curse of half a century is broken. Since the franchise was founded as the Buffalo Braves 51 years ago, the team has had an 8-time chance of reaching the Conference Finals, and on all 8 occasions, it fell one step away. The last one, last year in the Orlando bubble, when they dominated their series 3-1 and ended up losing 3-4.

This time the path was the reverse. In the first round, they were losing 2-0 and 3-2 with Mavericks and they won in the seventh game; in the second they were falling 2-0 against Jazz and chained 4 victories to win, going from 2-2 with Kawhi Leonard to prevailing 2-4 without Kawhi Leonard. Seeing is believing. The Clippers are the first team to reach the Conference Finals after overcoming an adverse 2-0 twice.

Mann took the chair at the age of 24 in the most important game in franchise history and left everyone speechless. He finished with 39 points (20 in the third quarter) after hitting 15 of his 21 shots from the field and 7 of his 10 3-pointers, crazy hitting percentages similar to what his entire team had after the break.

The first half had finished 50-72 with 22 points from Donovan Mitchell and 21 from Jordan Clarkson, who scored 17 in a row to break the Jazz score in the second quarter! The second half ended with a score of 81-47. Yes, 81-47! A historic bathroom in front of some broken Jazz.

Along with a Mann who has risen spectacularly today, another good response from Paul George (28 points, 9 rebounds and 7 assists) and another display of play from the grown, reborn, and raised to the skies Reggie Jackson is doing some sublime playoffs. Jackson finished with 27 points, 10 assists, just one turnover, and 10 of 16 on the field goal. Brutal and key its second part.

In addition, a very good game by Nico Batum (16 points and 3 blocks) and quality minutes and maximum intensity by Patrick Beverley, the only substitute that Lue used profusely. Very well also Beverley in the definition of the game.

And then Lue, of course, who has beaten Snyder. What in some games seemed like a chaotic rotation of the coach, ended up being an example of flexibility and accommodation until hitting the right key, a small ball that was refined until it finished with Utah.

It was of little use to Utah to make 21 triples. Nor to recover a Mike Conley who was not really there to play and who lost more balls, 6, which points he scored, 5 with 1 of 8 in the shot. The return of the veteran point guard did not contribute practically anything. Added to this was that Clarkson scored 21 points in the second quarter and 0 in the other three quarters. Gobert dropped many integers after the break and that the visiting defense was a first-rate sneak scandalous sneaker, in the less opportune moment.

Donovan Mitchell, touched, went to 39 points, 9 rebounds, 9 assists and 9 triples with a 60% effectiveness. Two thumbs up for him. Tremendous player. And the other great player on the team was Royce O’Neale with 21 points, 10 rebounds and 4 of 6 from the triple. Neither Bogdanovic nor Ingles contributed much, and the visiting team lost 16 balls to the only 6 lost by the Clippers, an impressive figure given the importance of the game.

Despite finishing first in the regular season and having the best record in the NBA; Clippers get into the Western Conference Finals despite being without Kawhi Leonard, their great star. Basketball is sometimes built like this.