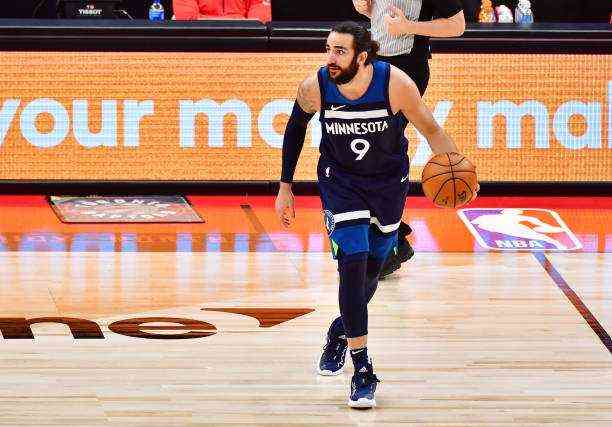 The Los Angeles Clippers would be looking for a base in the March market, and three names have emerged due to the possible interest of the Los Angeles team. They are Ricky Rubio (Timberwolves), Terry Rozier (Hornets), and George Hill (Thunder).

Rubio, 30, had 6 strong seasons in Minnesota before changing teams several times. He played 2 years with Utah, was one in Phoenix, was traded to the Thunder without ever playing with the team, and finally landed back in Minnesota, a team with which he just completed 600 regular season games in the NBA.

The most interesting of Mannix’s proposed three point guards is former Louisville and Celtics Terry Rozier due to his current performance.

Rozier is averaging 20.4 points, 3.7 rebounds, and 3.2 assists this season with Charlotte in 36 games with good shooting percentages, including a whopping 43% from 3-point.

Ricky Rubio and Terry Rozier have two years of contracts ahead of them – present and next – with very even salaries. The Spaniard receives 17 million dollars in the current season and will receive 17.8 million the next; the American is at 18.9 million and will be next year at 17.9 million dollars.

Far from them, the veteran George Hill, with a current salary of 9.6 million and a last year, the next, not guaranteed that amounts to 10 million dollars.