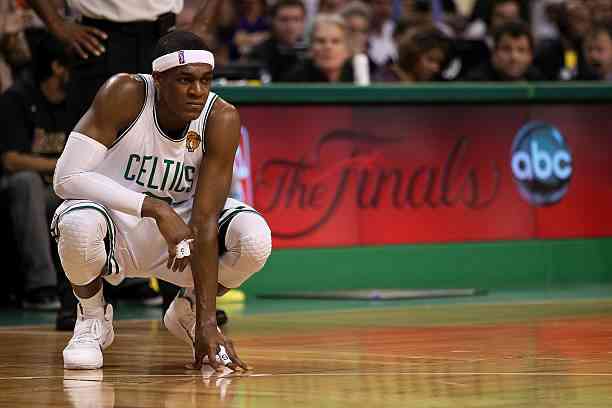 It was a decaffeinated Los Angeles duel. Ibaka and Beverley’s losses cannot weigh the same as LeBron, Davis, and Drummond’s absences. The Lakers looked for a miracle that did not come. The Clippers’ defense was an insurmountable wall for the Lakers during the 48 minutes.

The Clippers won 104-86 with 22 points from Marcus Morris, 19 points, 10 rebounds and 8 assists from Kawhi Leonard, and 16 points and 7 rebounds from Paul George. Luke Kennard added 15 points.

Also highlight the silent work behind players like Terance Mann or Nico Batum, and the good work on boards by Ivica Zubac.

Clippers began to defend intensely from the initial jump, and that killed some Lakers whose workhorse since James and Davis have not played is none other than their attack, an offense that usually encounters serious traffic jams and that today has been bogged down from the beginning.

Rajon Rondo made his debut with Clippers and did so by facing precisely the team with which he was proclaimed NBA champion months ago. He played 13 minutes that did not give to make great judgments. Nor did the veteran point guard need to squeeze himself in a true white glove match.

Lakers did what they could, but what they could was little. Vogel’s team is in a period in which you cannot ask for frills because you only have to think about mere sports survival, about not losing positions in the Western ranks.

Clippers played physical, Clippers effectively coordinated their defensive moves, Clippers were better from start to finish. And Lakers were in tow and without any reaction capacity.

In the first quarter, the Lakers ‘first play was an airball from Kentavious Caldwell-Pope’s 3- pointer, and the Lakers’ last play in that first quarter was a Kyle Kuzma airball from the free throw. Between both airballs, Lakers began to know what it is to suffer in attack. The Clippers started 18-7, and the Lakers left the fourth with 20 points scored, but still alive in a game start marked by Marcus Morris and Markieff Morris’s tremendous success. Yes, it was the fourth for the Morris brothers, who added 20 points in the first 12 minutes of the game.

Vogel’s men did not make a single triple in the first quarter, anticipating the return of the team to its cumbersome exercise from the line of 3, a drag that stopped being so against the Kings, but that very soon has returned to the heart of the Lakers game.

The second quarter marked the beginning of the end for the visitors and for the match. The locals pressed firmly and got to put with 20 points of advantage (50-30) after a pair of consecutive triples of Marcus Morris to which a block of Ivica Zubac preceded the unfortunate Dennis Schröder.

The 53-38 of the first half reflected the Lakers’ extensive woes and the comfortable Sunday day of the Clippers. Marcus Morris already had 17 points, and Paul George and Kawhi Leonard were doing reasonably well. Lakers, meanwhile, with Kyle Kuzma returning to his old ghosts, he was 16 of 41 on the shot and had only scored 2 3-pointers in 24 minutes. At halftime … 20 lost balls in the game, 10 per team!

Everything that came after was more of the same. Full control of Clippers; Lakers helplessness and frustration. The most newsworthy was seeing advanced the third quarter that Marc Gasol was the top scorer of his team with 11 points. One fact says it all: At the end of the third quarter (77-55), Gasol had 3 of 3 from the triple, and the rest of the Lakers players accumulated 1 of 16! So complicated to put the Clippers in trouble.

The rebound was from Tyronn Lue’s team (11 offenses in three quarters by 3 from Lakers for a total of 42-26), and the home defense continued to wreak havoc on the visiting offense, at times disconcerting.

The final quarter only served for Montrezl Harrell (19 points at the end) to make useless numbers against his former team, as did Horton-Tucker, and for time to pass with more pain than glory.

In the end, 104-86 in a game in which the Clippers finished with 25 fouls and the Lakers with only 11 and in which the winners lost 19 balls and the losers 18, more than the assists they added in the entire game.

Especially striking is the Lakers starters’ performance except for Marc Gasol, who finished with 11 points in 18 minutes after making the 3 triples he threw. The rest of the starters finished with 12 of 41 in the field goal.

Now, the Clippers are 33-18 at comfortable third in the West, and the Lakers are at 31-19 as fifth, with Portland lurking. But do not draw too many conclusions, because the West is very tight.

Hawks Shut Down After Blackout And Sixers Survive