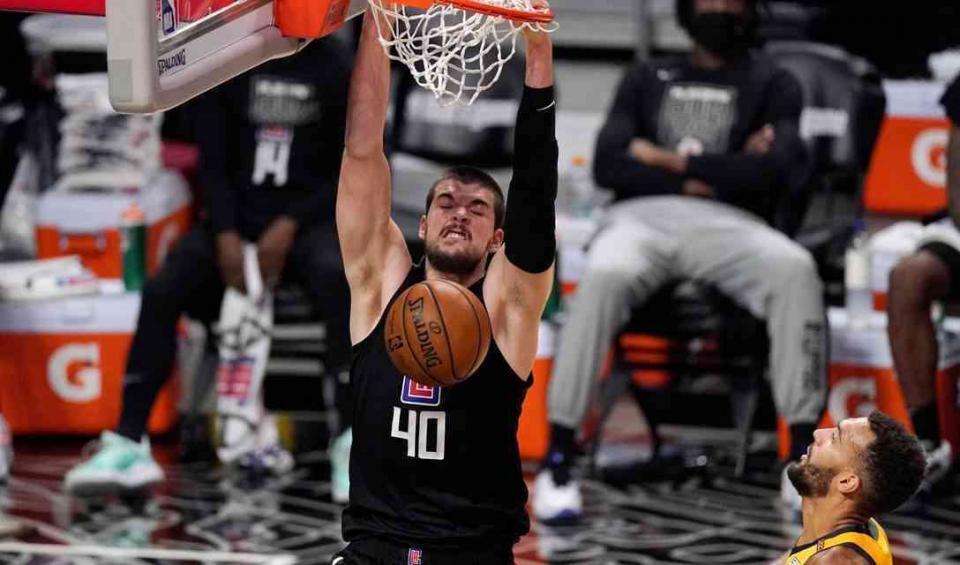 118-104 victory after a spectacular first half in which he won by 29 points. Jazz improves in the second half but does not give him a comeback despite Mitchell’s 37 points.

The Clippers are back to their old ways in the most positive sense. After a 2-0, as happened to them against Dallas (0-2 then), they go on to become 2-2. Again very convincingly, again appealing to his best game, his best defensive instincts, his most lethal offense.

The third game of the series had already been a very serious indication. Clippers won by 26 points after dominating by more than 30. And this fourth has been the confirmation: victory by 118-104 after a maximum advantage of 29. Utah Jazz has had no response at the Staples Center to Tyronn Lue’s small ball, who today has wisely moved his pieces on the board against some impotent Jazz.

The locals have resolved the game thanks to an excellent first half (68-44) and have ended up winning it comfortably, although Jazz has come close to 10 points (112-102) in the final stretch with Kawhi Leonard already in the band after a little scare.

Kawhi finished with 31 points and 7 rebounds, Paul George had another 31 with 9 rebounds and Marcus Morris had 24 points after making 5 3-pointers of 6 attempts after going into halftime with 22. His performance was crucial.

An intense effort from the always hyperventilated Patrick Beverley, passionate to the core, who put up 4 blocks in 20 minutes! And very positive work from Nicolas Batum and Terance Mann, with Rajon Rondo once again offside due to a sore knee.

In Utah, 37 points and 6 triples from Donovan Mitchell, although with 9 of 26 on the shot. It’s Mitchell’s sixth straight game with 30 or more points in these playoffs, tying a franchise record for the great Karl Malone.

In addition, 19 points from Joe Ingles (5 of 7 in triples), 18 from Bojan Bogdanovic, who went from less to more like his team and good work from Royce O’Neale, although not as effective as other times.

On the negative side, in addition to a new loss of Conley, the unfortunate night of Jordan Clarkson and the inconsequential game of Rudy Gobert, which was also loaded with fouls.

Imposing has been the Clippers’ first quarter defensively, and in general the first half from both sides of the court.

That first quarter ended with a resounding 30-13, with Utah lost on the track. Clippers’ 30 points are the work of just three players: Kawhi Leonard, Marcus Morris and Paul George! The locals hit from the triple and losing a ball; the misguided visitors from beyond the arc -only a triple scored-, with 6 of 21 in the field and 6 losses.

Meanwhile, the second act, a quarter with an unusual number of baskets scored on the horn of possession, has constituted a reinforcement to what was seen in the first. Jazz’s defensive variants were useless and Salt Lake City only had Donovan Mitchell in the attack. Meanwhile, Clippers worked like a Swiss precision watch. Good ball movement, good shot selection, excellent defense, although not as tremendous as in the first quarter … and suddenly the hosts were already leading by 29 points (51-22).

Paul George made a 2 + 1 dunk, Rudy Gobert finished his horrible first half committing his third foul 6 minutes before the break, Clippers kept hitting from the triple, Kawhi Leonard finished a stratospheric poster against Derrick Favors (the play of the game) and Patrick Beverley doubled down on formidable defensive action on the final play of the quarter.

At the break, 68-44. Marcus Morris with 22 points, Kawhi with 19, George with 15 … and Jazz with 21 from Mitchell and little else. The locals with 11 triples with 50% effectiveness and only 2 lost balls, swimming in abundance.

Utah started the third quarter well, but it didn’t give him much. The second part served the Jazz to make up their disaster from the first half. He went from 14 of 40 in the field (first half) to 19 of 37 and improved his triple by reversing the roles with Clippers, who notably worsened his exercise from long distance after the break, while asking for 8 balls.

But beyond those statistical changes and Utah’s game improvement, Clippers always had the game under control, being the lord and master of the night.

The series runs on very different paths to that of Dallas, in the sense that there the first 4 games were won by the visitors and here the locals, but the result is the same: 2-2 and coming back. Of course, the Utah Jazz doesn’t want to follow in the Mavericks’ footsteps, but they can get a Dallas face as Snyder doesn’t solve the Gobert question mark in Lue’s small ball equation.