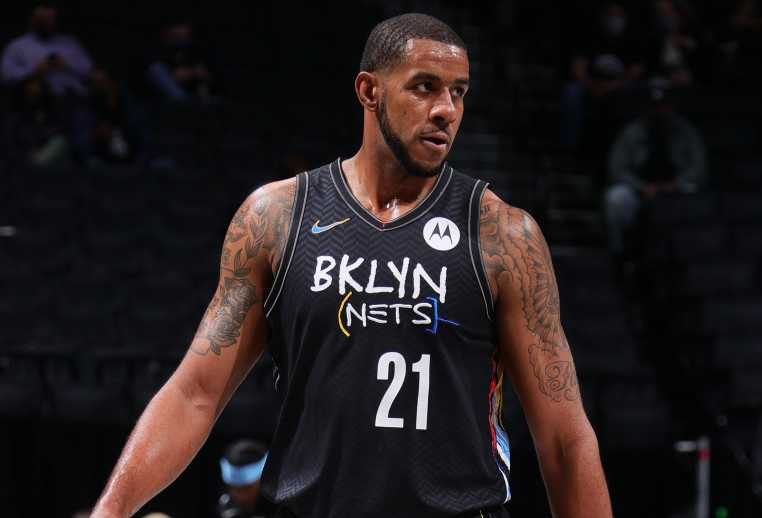 Brooklyn beat Detroit 117-91 with a triple-double by Harden and expulsion by Durant.

Halloween did not bring any unexpected scares to the Nets and Lakers. Both teams had a pleasant Sunday that ended with two comfortable wins against fragile teams such as the Detroit Pistons and the Houston Rockets.

Those wins put the Nets and Lakers at an identical 4-3 record, and the Pistons and Rockets tied with scores of 1-5.

The game in Brooklyn left us a triple-double by James Harden and the expulsion of Kevin Durant.

Harden had 18 points, 10 rebounds and 12 assists, he only shot 9 times to the basket and was very successful from the triple. He tied Larry Bird in his NBA career with 59 triple-doubles (and already has 13 with Nets).

Durant, meanwhile, shone until he was ejected in the third quarter. The Brooklyn player looks uneasy. In 48 hours, he has been expelled twice. On Friday, the referees made a mistake and avoided the expulsion; he couldn’t help it this Sunday. At 3:23 at the end of the third quarter, he was whistled by a flagrant type 2 in an action with Kelly Olynyk. I was excelling until then. He had 23 points and 5 assists, with 10 of 13 on the shot.

The locals already went to halftime, dominating 64-49, with Durant adding 19 points, Harden aiming for the triple-double, LaMarcus Aldridge reappearing, and a successful Joe Harris. And there was no startle in the continuation.

Brooklyn won by 26 points, making 65.3% of his field goals and being over 50% on the triple. It was a military walk in which the locals could afford the luxury of losing 19 balls and in which the substitute Bembry paid a small tribute.

Pistons did not put Cade Cunningham on the line 24 hours after his NBA debut.

The visiting top scorer was Cory Joseph with 13 points and Josh Jackson had 12. Bad team starters, with Jerami Grant on 11 points (all in the first half) and 5 of 15 on shooting.

The misleading result at Staples Center. The Lakers’ dominance was total from start to finish against an unresponsive opponent who already conceded a 27-15 in the first quarter.

The party had little history. The Lakers went to rest, leading by 19 points to the rival (54-35), and got to have 28 points of advantage in the last quarter (to 9:36 of the end). Then came his only moment of relaxation that translated into a 4-21 for Houston that tightened the score to 88-77 with 4:21 to play. But the local victory was never in danger.

Again Carmelo Anthony right. His team’s leading scorer with 23 points in 25 minutes, on another excellent night from the triple (5 of 8) and putting 4 blocks.

Russell Westbrook had 20 points, 8 rebounds, and 9 assists against his former team, and was the Lakers’ best player at +/- with +25.

Houston behaved from the opening jump like a team defeated beforehand. Texans were always aware of their inferiority and always walked in tow. Their worst faces: very bad of 3, they missed 14 free throws and lost 25 balls. These last two pieces of information are to make you look at it.

Eric Gordon scored 17 points, Christian Wood had 16 plus 13 rebounds, Jalen Green was disappointed again, and the Spaniard Garuba played in a testimonial mode, only 1 minute and 25 seconds on the court.