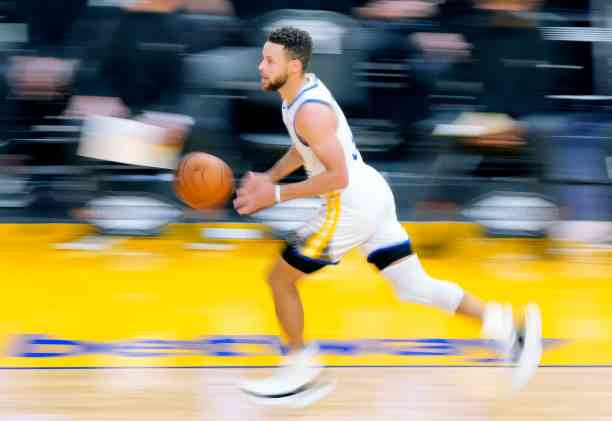 Once again, Stephen Curry clad in prowess. The great Warriors star is at a peak, in one of the brightest phases of his already brilliant career. Curry is making an April for framing. Today the Sixers were killed.

The leader of the East went to the game without Ben Simmons and Tobias Harris, and those two absences have been noticed, especially that of Simmons, a player designed to defend anyone. Casualties, undoubtedly important, which made Sixers trust much of his success to the figure of Joel Embiid. The Cameroonian has made good numbers, but has been far from his best version, in large part due to the visiting defense. Great job on that side from Kevon Looney and Draymond Green.

The Curry thing has returned to be from another planet. In the triumph of Warriors, 96-107, he has contributed 49 points and 5 assists, with 10 of 17 from the triple. He’s an unstoppable guy. And his team balances the season with a 29-29 record.

Curry averages 40.8 points in the 10 games he has played in April, he has already added 11 consecutive games without falling below 30 points with 33 years behind him, which has meant breaking a Kobe Bryant record, he has already completed 5 games of 40 or more points in the current month and accumulates 4 games of 10 or more triples in his last 5 commitments. These are prodigious figures of a prodigious player. No one can doubt it.

Today, at times, the game seemed like a Curry family preserve. Seth Curry was the king of the game in the beginning (12-0 in the start with 7 points of his own), Stephen Curry dominated the game from top to bottom and Damion Lee, another member of the family clan, offered an excellent performance in the first half. But in the end, the king of the clan and the king of the party was none other than Steph.

The Sixers fought without much faith down the stretch. A triple by Shake Milton put the 95-101 on the scoreboard, a result that still gave hope to the locals, but immediately afterward came the umpteenth bombshell from Curry’s triple to put the 95-104 and break any hope of the rival.

Steph made it clear that his sprained ankle against the Celtics did not progress. His physique did not suffer at any time, and he played to the fullest until disarming the rival.

The visiting defense left the Sixers at a poor 39.3% on the field goal. He fought the Warriors rebound well and was able to limit turnovers in the second half after losing 10 possessions in the first half.

Andrew Wiggins had 16 points and 10 rebounds. The aforementioned Lee added 12 points, Kelly Oubre Jr. returned from the second unit and with limited minutes, and Green and Looney defended at a high level pivot capturing 15 rebounds, his best mark in the NBA.

The Mexican Juan Toscano-Anderson (concussion protocol) did not play, with Golden State suffering the well-known loss of rookie Wiseman.

The Sixers had Embiid with 28 points, 13 rebounds and 8 assists (he only had 6 points in the final quarter). Seth Curry went over to under until he had 15 points and 5 assists. Very good work from Thybulle, wonderful cheek from rookie Maxey in the second half and remarkable work on the boards from Dwight Howard.

The veteran George Hill, who was in play for 18 minutes, made his Sixers debut.