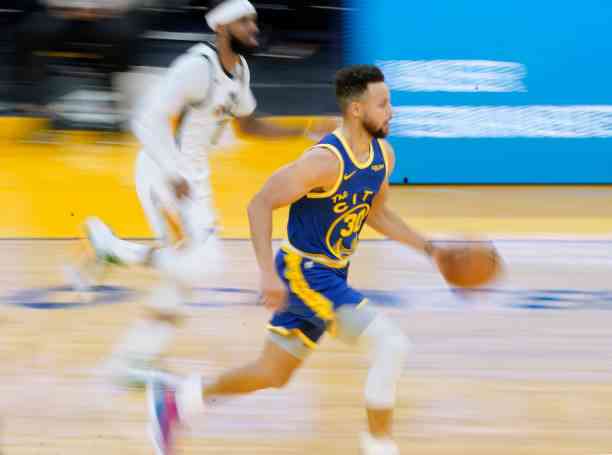 The Warriors scores 50 points in a quarter, finishes with 147, and ties their all-time record for triples.

Curry endorses 42 points and 11 triples to OKC in three quarters, and Green makes a triple-double.

Taking advantage of the fact that the rival was an impoverished team like Thunder, the Warriors had a real gargantuan feast to generate statistics almost to infinity. Sweet walk from Golden State to win at Oklahoma 109-147.

The Warriors scored 50 points in the third quarter, finished the game with 147, and tied the franchise’s all-time record for triples after scoring 24 (with 51.1% accuracy). At that party, before OKC a proper name, Stephen Curry.

Curry is in a state of grace. He came from scoring 53 points in Denver to become the top scorer in the history of his franchise beating Wilt Chamberlain himself. After such an exhibition, another, today, not of a lesser nature: 42 points, 6 rebounds, 8 assists without turnovers, 14 of 20 in the field goal, and 11 of 16 from the triple playing only 29 minutes because he only played 3 rooms.

Curry becomes the fourth player since turnovers were recorded (1977-1978 season) who finished a game with at least 40 points and 10 triples and without losing a single ball.

His third quarter was amazing. Matched perfection. The Warriors scored 50 points in that quarter, and Curry scored half of them, 25. And he did it without fail: 8 of 8 on the field with 6 of 6 on triples!

Steph now has 2 games in a row without losing 10 triples scored. He got 10 for Denver and 11 for Thunder. And both times, he had hit all those 3s by the end of the third quarter!

The stellar Golden State point guard makes history as the first NBA player to get multiple back-to-backs with games of 10 or more 3-pointers.

The Warriors finished the third quarter against OKC, accumulating 61.1% effectiveness in the field goal, having made 22 triples of 37 attempts and adding 37 assists for only 7 turnovers. It is clear that Thunder was a purely decorative rival.

Draymond Green was also very active in the visiting party (125 points in the first 3 quarters with partials of 36, 39, and 50 points), who made a triple-double without playing the final quarter. His numbers: 12 points, 10 rebounds, and 16 assists. It is his fourth triple-double of the season and the 28th of his NBA career.

OKC Thunder, a team joke. To quote a player to highlight his performance would be to give importance to something that does not have it.

Rubio And Towns Excel In The Defeats Of Their Teams