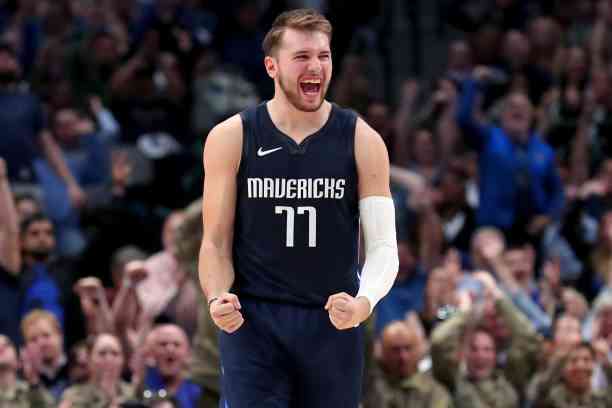 Mavs beat Toronto 114-110 with triple-double by Doncic and 21 points by Porzingis.

Goal accomplished. Dallas Mavericks are already in the playoffs. The victory against Raptors unrecognizable due to their absences has given him the pass. The Texans leave the Blazers and Lakers fighting each other to avoid the play-in.

It was not an easy triumph. The Mavs had wide leads throughout the game. But they were not able to break the rival in a definitive way. That’s why some C-Raptors got on their beards. Two free ones by Freddie Gillespie rushed the locals (110-108 with 13 seconds left). And it had to be the poise of Josh Richardson that sealed the classification. The guard hit 4 free without failure from that 110-108. And the victory fell on the Texas side.

Last home game for Dallas in the regular season. Perfect for celebrating success. Luka Doncic signed a triple-double. The 11th for him on the season and 36th in his still fledgling NBA career. He had 20 points, 10 rebounds and 11 assists. His best piece of information: a turnover. His worst side: his erratic shooting throughout the night.

The other big news for Dallas, aside from qualifying, was Kristaps Porzingis. Because he played 34 minutes. He looks good physically. Although with Latvian you always have to cross your fingers. He added 21 points and 10 rebounds.

Also, 19 points from Jalen Brunson. After doing a perfect first part. And after giving the scare in the final stretch of the third quarter. He bumped into Baynes. The scare did not happen to adults. Dorian Finney-Smith finished with 17 points.

Toronto with what is on. Without Pascal Siakam, Kyle Lowry, Fred VanVleet, OG Anunoby, Gary Trent Jr., Chris Boucher … Come on, some unrecognizable Raptors who did not play anything. But they pulled on pride. It is to be thankful.

Rookie Jalen Harris was a prophet in his land. He had 31 points in his hometown. And Malachi Flynn shone again. His, 17 points, 5 rebounds and 5 assists.

Dallas will do well off the playoff break. It is what has to avoid the play-in.

Toronto’s season has been very uphill. They went Gasol and Ibaka . The team had to play in Tampa (Florida). The injuries didn’t help. Too many setbacks for a team that seemed already short from the start. It is not a major surprise to see them out of everything. Although perhaps many of us thought at the beginning of the season that the play-in was within reach.