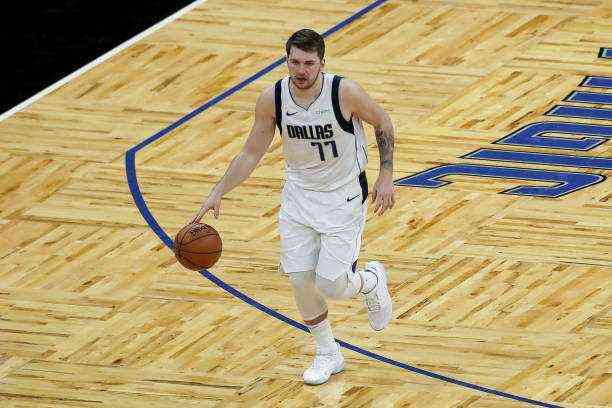 The Dallas Mavericks drew a dreamy third quarter. Part of 15-38 at Portland. With 9 triples scored in the fourth! To get out of it, winning 69-103. A real animation with Luka Doncic as master of ceremonies. At the end of the game, 40 difference: 92-132. Full-blown beating.

The Slovenian embroidered it from a long distance. This Doncic has nothing to do with the other Doncic. The one who started the season failing and failing triples. Today the former Real Madrid player reached his maximum expression from the perimeter. He finished the third quarter with 8 3-pointers of 9 attempts for 37 points! And all those figures championed by Robert Covington. He did not play anymore.

Doncic was 8 of 8 in triples! It seemed that he could not fail even if he threw them away bandaged. But on his ninth try, he ran into the hoop. Shortly before finishing the third quarter and going to the band not to return.

The Mavs had already had a powerful second quarter: 24-38. And they went to rest, winning 54-65. With success from the triple. With the dominance of the rebound. With 24 points from Doncic (4 of 4 in triples). With a good Josh Richardson. With an active Kristaps Porzingis. Defending more than usual.

Damian Lillard dunked to shake off the frustration. And the disadvantage of his team continued to rise. Up to go 37 down.

The stars did not play the last quarter. In it, Dallas came to be 45 points up. Doncic finished the game with 8 of 9 on triples for 37 points. Lillard finished 0 of 7 on 3s for 19. Two worlds. The day and the night. And Dallas retaliated for the loss suffered two days earlier (124-119) against Portland.

The Mavs came to a boil in the center quarters. He remembered the fierce beating of the show against the Clippers this season. Carlisle’s team endorsed 76 points in 24 minutes to the Blazers. The partial in those two quarters: 39-76. An entire offensive arsenal. But also defensive. Yes, because today the Mavericks have defended.

In addition to Doncic, 21 points from Josh Richardson. Kristaps Porzingis has had 12 points, 8 rebounds, and 4 assists. In addition to Lillard, Gary Trent Jr.’s 16 points, CJ McCollum has stayed at 13. With 6 of 15 in the shot. Spectacular offensive rebounding dunk by Derrick Jones Jr. in the second quarter.

Between Lillard and McCollum, 0 of 12 from the triple. Doncic alone, 8 out of 9. Sometimes the stats say it all.