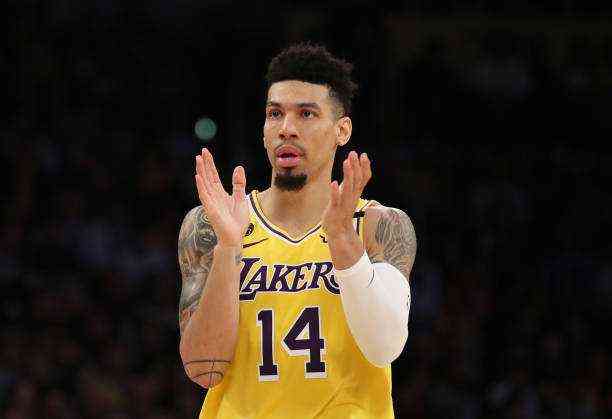 Former Lakers Danny Green and Dwight Howard received the championship ring corresponding to the past year in their first visit of the season to the Lakers court, and afterward their functions in the victory of the Sixers were very different.

Danny Green received the ring. He is already used to this ceremony. He immediately showed no mercy to his old team and scored a great game to lead the victory of Philadelphia (101-109). The guard scored 28 points after scoring 8 of his 12 triple attempts, the last of which was decisive, since he scored 30 seconds from the end and broke the few hopes that the local team had left.

Dwight Howard also received his championship ring, the first of his NBA career, and was immediately erased from the first exchange game when he was sent off when he had only been on the court for 6 minutes.

This was the party for the return of Marc Gasol. The pandemic took him ahead at the end of February, and not for a short time. Marc has been out of the game for almost a month due to Covid-19, only that when the All-Star break fell into full decline, he has lost only 9 games.

Gasol started the Lakers-Sixers as a starter, had his minutes even more restricted than usual (he spent 15 minutes on the court) and contributed 5 points, 2 rebounds and 2 assists to his team. The highlight was his good start to the game.

The one that would have been stellar Lakers-Sixers was not so much. The absences on the home side of LeBron James and Anthony Davis and on the visiting side of Joel Embiid overshadowed the duel.

The Lakers had just lost their previous 3 games, the last 2 by 17 points both. He also lost this one, to add 4 consecutive defeats, but at least the image that the team gave was another, to the point that at least he reached the end of the match with victory options.

Sixers was able to resolve the game much earlier, but was unable to break the match when he took an 18 lead in the second half. An 18-6 run got the Lakers into the game to face the last 2 minutes with the illusion of victory, but this did not come in a game in which both Lakers and Sixers lost balls and more balls until they starred in more than 40 losses between the two teams.

The Philadelphia team, which is 7-1 without Embiid!, Had Seth Curry with 19 points, Tobias Harris with 17 (8 of 10 in the field goal) and Ben Simmons with 9 points, 7 rebounds and 12 assists after shooting 1 of 7 and losing 7 balls. Good Milton from the substitution and good defensive work, as usual, from Thybulle.

You can’t say this time that the Lakers’ important pieces were hiding, no. The team worked on defense and all their offensive men performed reasonably well.

Lakers issued a tribute video to the late Elgin Baylor, a legendary figure of the franchise as a player.