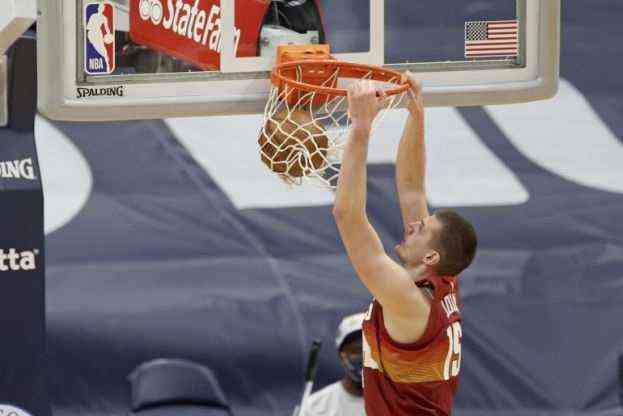 Add up and go on. His name is Nikola Jokic, and he only knows how to conjugate the verb to play. Tremendous again, the Serbian player in a high-flying duel with the unstoppable Zion Williamson. Jokic finished the match with 37 points and Zion with 39.

Denver victory in New Orleans coming back. The Nuggets were able to rebuild from a 14-point deficit (40-26) at the beginning of the second quarter and, more importantly, they rallied 11 points in the final quarter, knowing how to close the game in a big way.

Pelicans, who played a very good game, dominated 100-89 after a good control of the track and a meritorious defensive work, the latter something unusual in Van Gundy’s squad, but when the final minutes arrived, the best competitive vein came out of the Nuggets with a spectacular final quarter of 8-24 that left the score in a final 108-113.

Denver defended in the second half after conceding too many points in the first (63-54). After the break, Malone’s men squeezed back, although a player never stopped working at a high level in the rear, Michael Porter Jr.

Porter Jr. shined in attack with 25 points and 5 of 6 from the triple, but the most important thing for the team is that he dried up Brandon Ingram in defense, who finished with 13 points and 5 of 17 in the shot.

Jokic reigned in the winners with 37 points, 6 rebounds, 9 assists, and 17 of 30 shooting. He only lost 1 ball in the entire game and scored 11 points in the decisive final quarter, including a 1:03 basket from the end in which he left the mark of Steven Adams, penetrated in slow motion, and scored. This is a fantastic example of what Serbian basketball is.

Excellent also Jamal Murray, author of 23 points and 11 assists, and also very good veteran Paul Millsap with 16 points and 7 rebounds. Aaron Gordon and JaVale McGee are still in the chamber to debut with the team. Watch out for these Nuggets!

The one who did not have his day was Facundo Campazzo. He played 12 minutes without scoring and without giving assists. He walked gray.

Nuggets, who is 27-18, had only 7 free throws in the entire game. Very good Denver in the shot both inside and outside the line of 3 and only 8 turnovers, very good data this one.

Pelicans faltered late in the game, knocking out Zion Williamson’s great game, which grows and grows throughout the season. A true diamond in the rough, the young player continues to expand his range of action, increasingly busy bouncing the ball and organizing the game.

His numbers today, and his game, simply impressive: 39 points, 10 rebounds and 5 assists, with 16 of 19 in the field goal. He made his only triple shot, made 6 of his 7 free throws (another facet in which he is going to more), and scored 10 points in the fourth quarter.

Important for the Pelicans to see the improvement of Eric Bledsoe, very gray all season. This time he added 16 points and 9 assists.

Pacers Lead Spurs Back To Loss After Overtime