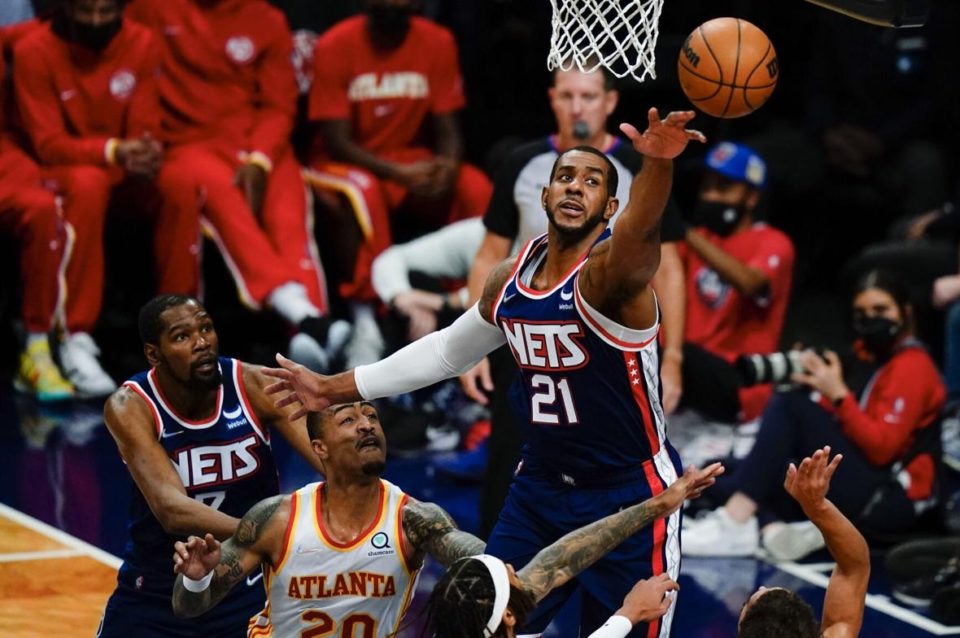 Brooklyn Nets begin to find their rhythm without Kyrie Irving. Steve Nash’s team defeated the Atlanta Hawks 117-108 for their third consecutive win and a 5-3 record at the start of the season.

In the third quarter, the hosts broke the game to the offensive rhythm of a fiery Kevin Durant and defeated the rival, scoring 22 3-pointers in the game.

These Nets are beginning to look like the Nets who targeted winners last season by staying one step away from getting into the real title ointment. For starters, they have Durant, and that’s a lot, but signing Patty Mills, recovering the seemingly irretrievable LaMarcus Aldridge, feeling that Blake Griffin has definitely become an ego-ridden team player recovering Joe’s best feelings. Harris from the triple makes his fans optimistic even though James Harden is still landing in the season and Kyrie Irving continues to exert free verse wherever he is.

Brooklyn broke the game from the triple (22 of 48 was his series) and from the defense in the third quarter (34-20 was the partial in that period), and at that turning point, which was the third quarter, the master of ceremonies, the undisputed striker had a first and last name: Kevin Durant. The author, Durant, scored 13 of his team’s 20 points in the 20-4 run, which ended the Hawks in taking the game to 95-79 at the end of the third act.

Durant finished the game with 32 points, 7 rebounds, 5 assists and 65% on the field goal. Extreme effectiveness. Joe Harris pulled his wrist for 18 points after hitting 6 3-of-8 attempts. Surgical from triple the eaves. And James Harden finished with 16 points and 11 assists despite not scoring his first points until he hit a triple with 2.6 seconds to go at halftime. Of course, he had fun in the final stretch of the game, getting to chain a triple and a triple play plus one.

In addition, Patty Mills returned to give the mature touch from the second unit. His success of 3 took him to 14 points, which he garnished with 6 assists. After taking to the track like a shot, LaMarcus Aldridge also reached the ten, and Bruce Brown.

Atlanta, which remains with a 4-4 record, worked the game well until the break (61-59) and enjoyed a spectacular De’Andre Hunter, author of 26 points after scoring 10 of his 11 field goals and not missing a single triple (6 of 6). But Nate McMillan’s team was powerless to stop Durant and was blinded in his attack in the third quarter.

Trae Young had 21 points and was one rebound from triple-double, but closed the night with a 6-for-22 shooting.

The Hawks also had 16 points from substitute Kevin Huerter and double-doubles from John Collins and Clint Capela, who added 28 rebounds between them. Cam Reddish didn’t add to the offense this time, and his team missed him.

Meanwhile, veteran Lou Williams, who did not have a good day, reached his 1,072 game in the regular season, a figure that equals Michael Jordan, who these days will be ringing his ears because of Scottie Pippen.