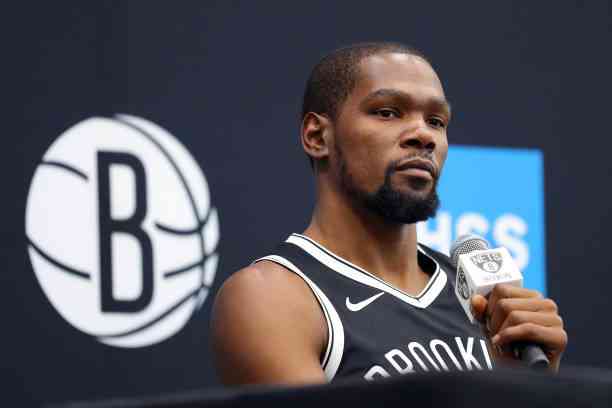 The Nets beat the Bucks 114-108 with 49 points, 17 rebounds and 10 assists from Durant. Harden plays limited but remains on the court for 46 minutes, and Jeff Green makes 7 triples.

Prodigy, miracle, magic, call it what you want, but the only certainty is that today we have witnessed something historic, a unique performance, unrepeatable for all that it entails, because Kevin Durant has disguised himself as a video game as if he had never suffered an Achilles. Never seen before, something like walking on water!

Durant has signed a legendary performance today, a game that will go down in the annals of the NBA as one of the most amazing stars in the postseason, a performance that has also been worth a comeback and a victory at the most delicate moment for his team. Nets victory over Bucks by 114-108 after losing by 17 points and series in favor of Brooklyn by 3-2 without Kyrie Irving and with James Harden playing a minute despite only having a healthy leg.

The Durant thing, simply divine, a triple-double of making the hair stand on end. Their numbers become historical through the big door: 49 points, 17 rebounds, 10 assists, 3 steals, 2 blocks, 16 of 23 in the field goal with 4 triples, 13 of 16 in free and 48 minutes played, without resting a single second! All this after having suffered an injury to the Achilles tendon in 2019, one of those cursed injuries that withdraw a player or, in the best of cases, limit and reconvert him.

The Brooklyn Nets forward did what no one had ever done in the history of the playoffs today, a game of at least 45 points, 15 rebounds and 10 assists. And only two players had reached Durant’s numbers today in regular-season history: Elgin Baylor in 1961 and Wilt Chamberlain twice in 1963 and 1968.

Durant, who scored 20 points in the fourth quarter (all Bucks players added 21), hit a mind-blowing 3-pointer with 50.7 seconds left (109-105), stole a ball from Giannis Antetokounmpo with 15.3 seconds left. , scored two free games in a row (111-107), captured a vital rebound 12.5 seconds from the end and scored one more free with 11.5 seconds (112-108), missing one that would have taken him to 50 points. That was his tremendous baggage in the last minute of the game, under the total pressure of the definition of the match.

As a great companion of feat Jeff Green. The veteran player scored 27 points after hitting 7 3-pointers of 8 attempts (he made his first 7 shots of 3!). Blake Griffin had 17 points, and James Harden played his best coming from a very delicate muscle injury. Unexpected madness of Steve Nash putting him on track for 46 minutes despite the fact that it was evident that he could not face in any way the one on one and that he did not have legs to launch comfortably in suspension. But there he was, biting the bullet. He had only 5 points with 1 of 10 from the field goal and 0 of 8 from the triple, but at least he captured 6 rebounds, gave 8 assists and simulated an offensive threat, although he never was.

Brooklyn survived the loss of Irving, the physical situation of Harden and the 2 of 11 of a very unfortunate, again, Joe Harris, in addition to rebuilding a disastrous start to the game and a very poor first half.

Milwaukee started out as a shot. First-quarter: 15-29. The local offense in grotesque mode: 15 points with 4 of 20 in the field goal, 2 of 13 in the triples and only two players scoring, Green and Durant. The Bucks went up 17 in the second quarter and went into halftime, winning 43-59. The game seemed broken, with a Nets unable to play basketball and a few bucks left over.

But then came the wonder, the comeback under Durant’s inexhaustible light. Partial 71-49 in the second half with 31 points, yes, 31 points, 8 rebounds and 7 assists in the second half of the superhuman forward. A championship abuse. And comeback despite being again 17 points down (54-71) playing the third quarter.

A 3-pointer by Durant in the final quarter put it 94-93 on the scoreboard, the first home advantage in the light since 2-0 at the start of the game!

It was useless that Bucks presented a battery of players in pursuit of victory, that Antetokounmpo signed 34 points and 12 rebounds with 14 of 22 in the shot (vital his loss of the ball in the final seconds), that Khris Middleton made 25 points, that Jrue Holiday went to 19 with 8 assists, that Brook Lopez helped with 15 points making 3 triples this time, that Pat Connaughton offered a good first half, that PJ Tucker physically emptied himself so he could not stop Durant.

The game was a clear mixture: Durant won it, and Milwaukee lost it in equal parts, because there were no defensive solutions of any kind from the Bucks bench to the heavenly night of the god Durant, a guy who rose to Olympus pushing himself with his new Achilles tendon, a miracle never recorded in basketball history.