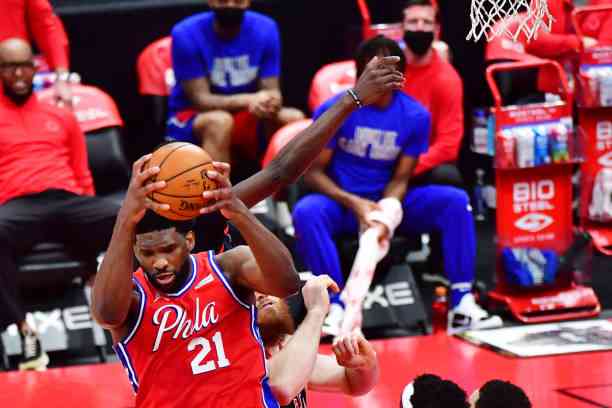 An abuse. There is no other way to define it. Joel Embiid slaughtered the Mavs from the opening jump. First, he took Maxi Kleber out of the game. And then he took the rest of his teammates out of the meeting. Total reign on the court of the good Embiid.

Kleber lasted Embiid as a defender for two minutes. The time it took to commit a couple of fouls. And then no one could beat him. Boban Marjanovic at least threatened him a few times near the rim. And he gave him the odd blow. But it was obvious that she couldn’t follow him when he walked away from the hoop. Of Willie Cauley-Stein, it is better not to speak. A charity sister in defence. The result of it all was another display from one of the most serious MVP contenders. Embiid finished with 36 points and 7 rebounds, playing 26 minutes. Without stepping on the court in the last quarter.

The Sixers comfortably defeated a few Mavs without Kristaps Porzingis. Dallas never got the Sixers defence. A defence commanded, one more day, by a tremendous Ben Simmons.

Doncic scored 32 points. But he only gave 4 assists. Carlisle kept him in play unnecessarily in the final quarter.

The 95-113 final clearly reflects the visitor’s superiority. The locals never felt comfortable in the game. From the second quarter, the dominance of Sixers became patent. Simmons was squeezing Doncic hard on defence. Embiid did not lower the piston. And the match reached the break with a result of 48-60 and a scoring duel between Doncic (20 points) and Embiid (23).

From then on, it was all a breeze for Sixers. The third quarter was enlightening. Those of Doc Rivers got to put 20 up (66-86). After a double success from Danny Green’s triple in a row. The 69-88 with which the third act ended said it all. Defense and the Embiid effect. He did not play anymore. That is why it stayed at 36 points. He could have made the points he wanted. He had no opposition.

Not even Sixers needed a good version of Tobias Harris in the attack. Simmons only had 8 points. Embiid’s offensive squire was actually Korkmaz . The Turk scored 20 in 18 minutes. In the microwave plan. He led a substitution that contributed 45 points to his team.

Doncic was too lonely. As supports, or half supports, Jalen Brunson and, above all, Dorian Finney-Smith. And you stop counting. Not enough games by Josh Richardson and Tim Hardaway Jr. And JJ Redick’s erratic debut with Dallas. He hadn’t played for a month. And it showed. He played 14 minutes, made 1 of 7 on the shot and added 4 points.

This was an ex match. Many former teammates are playing as rivals today. In that atmosphere of ‘camaraderie’ the good old Embiid was clueless. Because he doesn’t know anyone on the track. On the court he had no mercy. Then, after the final honk, it was time for warm greetings. By then, he had laid the groundwork for another Sixers win. This Embiid is much Embiid.