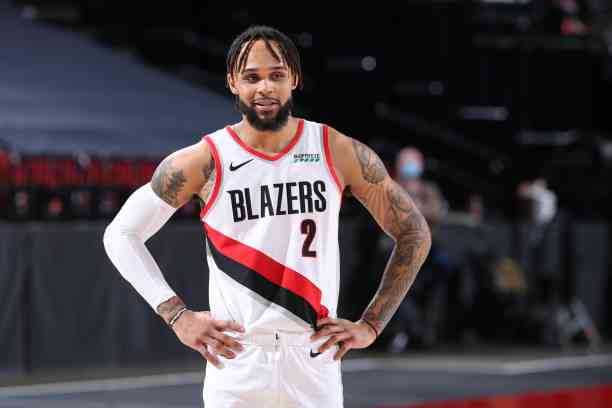 Round night for Gary Trent Jr. It seems that the former Portland player had played all his life in the Toronto ranks and not that he had recently arrived at his discipline. The player’s adaptation to his new team is leaving everyone stunned.

Gary Trent Jr. has scored 44 points today in his ninth game in defending the Raptors colors!

His game today has been tremendous: 44 points, 7 rebounds, 4 assists and a +31 from his team with him on the court. But even more amazing has been his success in the face of the basket. Maximum effectiveness: 10 of 10 on the double value shot and 7 of 9 from the triple for a 17 of 19 on the field goal!

Trent Jr. arrived in Toronto on March 25 in the trade that sent Norman Powell to Portland, and since then, he has averaged 17.9 points in 9 games.

The player is developing in the Canadian team all that potential that he had already begun to show this season in the Blazers.

Toronto Raptors beat Cleveland Cavaliers 115-135 by going to the express route, an ultra-fast route that has led the Canadian team to break a franchise scoring record by scoring 87 points in the first half.

Those of Nick Nurse have managed 47 points in the first quarter and 40 in the second to go to the break, winning 54-87 after taking maximum advantage in the second act of 38 points (46-84).

All this without counting today with Pascal Siakam, Fred VanVleet, and Kyle Lowry, his three best scorers.

Trent Jr.’s display has been accompanied by rookie Malachi Flynn’s 20 points and 11 assists.

Another remarkable fact has been the 14 points of Yuta Watanabe.

The Cavaliers, who have not been able to give a worse image, have had Kevin Love with 18 points in 21 minutes and Collin Sexton with 29 points.