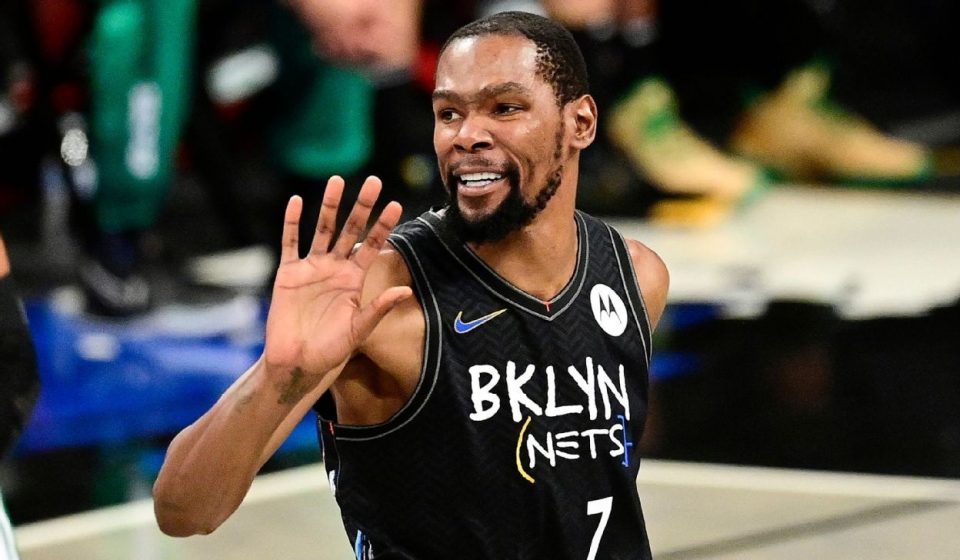 The GMs of the 30 NBA teams make their forecasts for the next season.

The survey has been released to the general managers of the 30 NBA teams in which they make their predictions for the coming season, an annual survey that places Brooklyn Nets as the champion team, Kevin Durant as MVP, and Jalen Green as Rookie of the Year.

For the bosses of the offices, there is no doubt which team will be champion: Brooklyn Nets gets 72% of the votes. Far behind are the Lakers with 17% and the Bucks, current champion, with 10%. They give the Nets as champion of the East and the Lakers as first in the West by the majority.

The poll ranks Nets as the funniest team, Jazz as the most reliable local and Hawks as the one with the most promising young core.

The Slovenian leader from Dallas is considered the player with whom they would start building a winning franchise. Doncic (43%) beats Anteto (40%) in a tough fight.

Curry is the player who causes the most adjustments to the contrary, the best pure shooter (90% of the votes), and the best in the game without the ball. Zion Williamson wins the vote for the most athletic, beating Anteto, De’Aaron Fox is the fastest, and LeBron James is the best passer – tied with Jokic – (gets Facundo Campazzo votes ), the most popular versatile and the one with the best IQ.

In addition, the most valued leader is Chris Paul, the executives would give the final shot to Durant, and the player who will improve the most this season will be Jaren Jackson Jr, obtaining votes in this section Karl-Anthony Towns.

On the defensive side … The player who will stand out the most this season will be Giannis Antetokounmpo (47% of the votes). The best perimeter defender is Jrue Holiday; the best interior, Rudy Gobert; the most versatile, Antetokounmpo; and the best team behind, Milwaukee Bucks.

All 30 NBA executives rank Jalen Green (Rockets) as Rookie of the Year with 47% of the vote to 40% for Cade Cunningham (Pistons), but when asked why Rookie will be the best in 5 Years rank Evan Mobley (Cavaliers) at the top in a tough fight with Cunningham.

The vote for the best foreign player in the league places Anteto (60%) as the undisputed leader ahead of Doncic (27%) and Jokic (13%). And the best player who plays outside the NBA leaves former league Nikola Mirotic as first (53%).

The team that has moved the best in the market, by far, is for the GM Miami Heat (47% of votes). Lakers are second with 17%.

The acquisition that will have the most impact is Kyle Lowry (Heat, 77%), the most undervalued star is Larry Nance Jr. (Blazers), the team that has improved the most is the Chicago Bulls and the most surprising move is the arrival of Russell Westbrook. to the Lakers.

Once again, Erik Spoelstra (Heat) is considered the best coach. He gets 55% of the votes.

The most motivating is Monty Williams (Suns), the one who makes the best adjustments, Tyronn Lue (Clippers), the best attack is represented by Quin Snyder (Jazz), the best defensive schemes come from the hand of Tom Thibodeau (Knicks) and the change Rick Carlisle stars as a coach who will have the most impact with his arrival at the Pacers.

The GMs consider Kenny Atkinson (Warriors) and Darvin Ham (Bucks) as the best assistants – they are tied – and they once again place Chris Paul as the player who has the best conditions to be a coach tomorrow.

Curry In a State of Grace: 49 Points And 10 Triples To Beat Sixers

Dallas Mavericks Can With Irving’s 45 Points