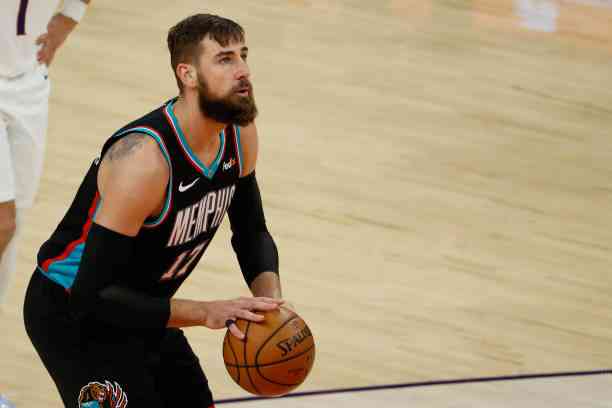 Surprising double misstep: Milwaukee lost at home to the Memphis Grizzlies, and Phoenix did the same to the San Antonio Spurs. The Bucks lost all four sets of the game; the Suns were overwhelmed by their rival.

The Memphis Grizzlies continues to be, like last season, a box of surprises. The equipment continues to work very well. Proof of this, the unexpected victory in Milwaukee that leaves the Bucks with 4 consecutive losses at home.

Memphis was very good in attack. He made 54.8% of his shots, gave 31 assists, lost 10 balls, and knew how to hold the score until the end to add 2 victories in the first 2 games of a long tour of 7.

New first level game from Grayson Allen , author of 26 points after making 7 3-pointers of 10 attempts. Dillon Brooks added 21 points, Jonas Valanciunas added 17 points and 8 rebounds, Kyle Anderson came close to triple-double, Desmond Bane and Xavier Tillman performed very well from the second unit and the team was able to win on a gray Ja Morant night, which says a lot in favor of the project.

The Grizzlies amassed a 17-point lead and outpaced a disappointing Bucks who lost many balls, defended poorly and were unable to overcome the score.

Giannis Antetokounmpo had 28 points, 11 rebounds and 8 assists. It was the best venue by far.

In addition, 19 points from Bryn Forbes, 17 plus 7 assists from Jrue Holiday , another 17 with 4 triples from Brook Lopez and 16 points and 10 assists from Khris Middleton.

Monumental Phoenix Suns debacle. Not only because of the loss and the way he conceded it, but also because of the circumstances in the game, with the Spurs putting DeMar DeRozan, Jacob Poeltl and Patty Mills to rest . Without them, San Antonio wiped out a few unknown Suns who played all their essential players.

Phoenix had 10 wins in a row at home, and that winning streak was cut abruptly and in bad manners.

Total bath from Spurs to Suns. With many players contributing. In a game in which the Texans took the choir to the extreme. Good visitor shooting percentages, excellent defense and a +19 already when the game reached the intermission.

Suns lived a nightmare in attack, with 40% on the field goal and a horrendous 6 of 27 from the triple. Even the local team missed the free practice: 7 out of 16!

Popovich was clear on that. Chris Paul had to be stopped. And the local point guard was stopped: 6 points and 6 assists, with 3 of 10 in the shot and -25 for his team under his baton.

Rudy Gay led the visiting choral world with 19 points in 23 minutes. Excellent rookie Devin Vassell, author of 18 points with 4 of 6 from the triples, and 17 points for the also young Keldon Johnson.

Dejounte Murray, who shot little, went to 14 points and 7 rebounds, and the Spurs beat the Suns starting with Samanic and Eubanks, who finished with 13 points, 13 rebounds, and 6 of 6 in shooting.

From White to Dieng, who ended up sent off, great defensive work from the entire Popovich team, which left Phoenix’s image on the ground.

In the Suns, 15 points from an erratic Devin Booker. No other starters reached 10. Suffice it to say, the team’s top scorer was Jevon Carter with 17 points. Very bad sign. Unmistakable sign that nothing worked in Phoenix.