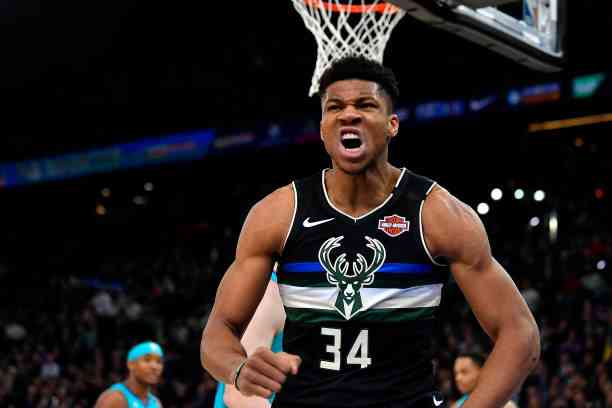 Giannis Antetokounmpo returned to play after missing 6 games due to knee discomfort. The Greek did not have to use himself thoroughly thanks to his teammates’ great help, although, it must be said, he was a little degreased. It wasn’t particularly bright.

Of course, Anteto’s game was dazzling (15 points, 5 rebounds, and 3 steals in 25 minutes) compared to Trae Young’s hellish night, which left us with a completely foolish performance: he didn’t score a single point in the first! part to end the game with 15 goals and 9 assists, but with a horrible 3 of 17 shooting and 6 turnovers! Nothing to do with his current season with the one he did last year.

Milwaukee (35-20) beat a decimated Hawks 109-120 with 7 players in double scorer figures. Jrue Holiday added 23 points and 7 assists, a great Jrue Holiday since he returned from his injury! Brook Lopez added 19 points and 12 rebounds, Anteto had the aforementioned 15 points, and Pat Connaughton had 14 plus 8 rebounds.

The Bucks dominated the rebound, controlled turnovers well, and shot with a 3-point shot, in addition to defending effectively. They didn’t even need the more powerful versions of Antetokounmpo and Khris Middleton to win.

The team of Mike Budenholzer dominated the game, he went to rest with Lopez winning 52-64 and Holiday to the front, and after an outstanding exercise ball movement and shot 3, and ended up winning 109-120 after the Hawks arrived to get 8 points (105-113) with 2:25 left.

It was more because of overconfidence from the Bucks, although Hawks showed pride in the final part of the match, which Milwaukee dominated by 19 points (92-111) with 6:35 left.

Atlanta pressed with a 13-2 run to reach that 105-113 with 2:25 left. And then came the final play, the clarifying moment: Milwaukee captured 3 consecutive offensive rebounds that culminated in a dunk from Lopez to finish the game and triumph! Hard to lose 3 rebounds from the rim itself when victory is still at stake.

Atlanta, which is 16-6 with McMillan, once again enjoyed the best Bogdan Bogdanovic, author of 28 points, 6 rebounds, 7 assists, and 6 triples. How well the Serbian returned from his knee injury and how well he is adjusting to the team as the days go by!

Solomon Hill had 18 points after hitting 6 3-pointers of 8 shooting, Clint Capela had a double 16 in points and rebounds, and Kevin Huerter added another 16 points.