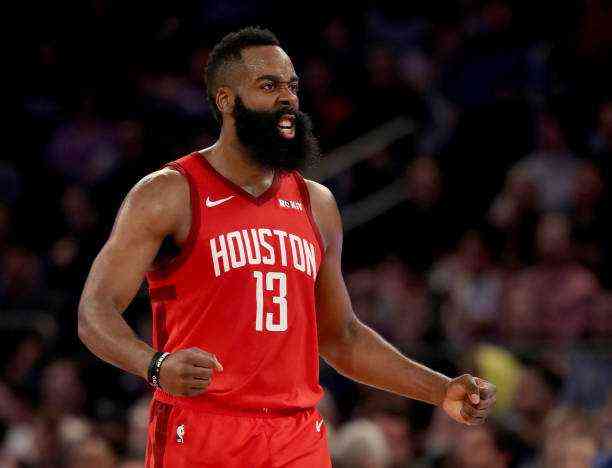 A triple-double to break a curse of almost two decades. James Harden made that triple-double. And with him, he led the much-suffered victory of the Nets against the Spurs. An extension was required. The Nets hadn’t won in San Antonio in nearly two decades.

No less than 19 years without winning the Spurs in San Antonio. The last triumph dated January 22, 2002. From there, the yoke was imposed by Popovich’s team. No less than 17 consecutive victories for the Spurs at home. The Nets had given up hope. Until Kevin Durant, Kyrie Irving, and James Harden joined their ranks. And yet, they have been on the verge of losing again.

Great these Spurs. Very big. At times, giants of work and improvement. Because Saint Anthony was about to sign a miracle. In fact, he signed the first part of it, taking the game into extra time. Without Rudy Gay. Without Derrick White. Without Keldon Johnson. Without Devin Vassell. Pulling players who would not enter the usual rotation or the best of their dreams. Spectacular.

10-0 at the end of the fourth quarter for 108-108! And how! With 4 team players scoring. Nobody could believe it. What a game finale to lead to extra time!

Lonnie Walker Triple IV . Patty Mills triple. DeMar DeRozan’s basket. And 106-108. 40.9 seconds to go. 8-0 split in 1 minute 18 seconds. He had departed. James Harden fails. Rebound for the Nets. Kyrie Irving foul and 15.8 seconds into the game. The ball comes from the wing to Irving. The point guard does a spectacular slalom without anyone needing it. And then, just under the hoop, fail! (Irving was horrible on the 2 shot all night). A wonderful All-Star play and flawed definition. The ball is for the local last chance.

And the miracle comes in the most unexpected way. Dejounte Murray bounces off on the run. He is crossed by Harden Road. The Spurs player loses his balance. He falls to the ground with the ball. You still have time to get up with all the emergencies in the world. And the unthinkable happens. Murray rises on the horn and scores a long shot without knowing how he has been able to orient himself! Party to extra time.

The double play must be seen. Here is the concatenation of Irving’s mistake and Murray’s hit.

Then the extension came, and that was another movie. Brooklyn practically hit back. The last quarter closed with that 10-0. And the extension opened with a 0-8. Gap was made on the scoreboard. And Spurs could no longer. In the end, 113-124.

The Nets won again without Kevin Durant. But getting Kyrie Irving back. Harden had 30 points, 14 rebounds, and 15 assists. He has 7 triple-doubles with the Nets in 22 games. A gaming machine. Irving added 27 plus 7 assists. Very good from the triple (6 of 10). Very bad in the shots of 2 (3 of 14). And another great Bruce Brown match. It is the most pleasant surprise of the staff. He signed 23 points. It hardly failed.

Another big surprise was young Claxton. The pivot had 17 points in 17 minutes. And good game from DeAndre Jordan.

Brooklyn gave 35 assists. And he only lost 5 balls. Tremendous relationship.

The Spurs thing, chapeau. With all its casualties. With Aldridge contributing nothing. But the team almost won. DeMar DeRozan added 22 points and 11 assists. Dejounte Murray, 19 and 8 final passes. Lonnie Walker IV helped with 19 points and 5 triples. And Jacob Poeltl was essential again. He had 14 points and 12 rebounds. What great Popovich and his boys! If the Nets as a team acquire half of the competitive streak of these Spurs, they will have half a title in their hands.