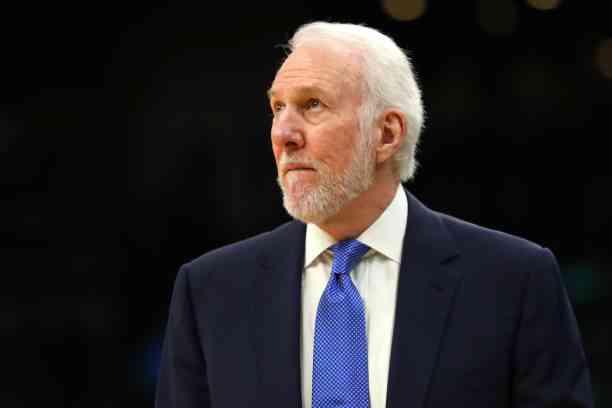 The impression grows that the Spurs coach is facing his last season in the NBA.

The impression is growing that we are facing the last season of Gregg Popovich in action. Everything indicates that the long-time Spurs coach is preparing his farewell. He is silent. And he insists on the satisfaction that coaching a young team gives him.

It is the Bleacher Report that echoes this general impression. Time passes for everyone. Even for the fireproof Popovich.

Popovich is a true world institution. He has been a coach in the NBA for 31 years. Of them, 29 with Spurs. The last 25 as head coach. San Antonio entered the playoffs for 23 years under his baton. He played 6 Finals and won 5 rings. It has been a historical stage that seemed to have no end.

The coach is very close to putting himself at the top of the regular-season win list in East Chicago, Indiana. He treasures 1,310 with a 66.7% win rate. Third in the entire existence of the NBA. The most victorious in history is Don Nelson with 1,335. It is a stone’s throw away. This season he could rise to first place. He also has 170 playoff victories. Also third in history.

The list of possible successors to Popovich is very long. Some from the Spur house.

A large Popovich thorn was removed in Tokyo. With Olympic gold leading the United States. After the monumental fiasco of the 2019 World Cup. In this area, Steve Kerr is the one who sounds the most to replace him as national coach.

The truth is that Popovich is already 72 years old. And one can perfectly imagine him enjoying life outside of basketball. But it is hardly imaginable to see the Spurs without Popovich at the helm. His has been and is a prodigious adventure loaded with intelligence.