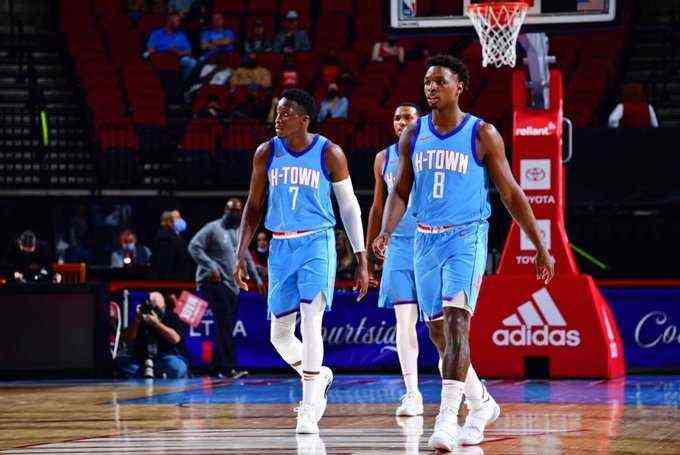 Win over Raptors with John Wall’s first triple-double since 2016. Toronto is still in crisis and its mark in the month of March is 0-9

The Houston Rockets’ horrific streak is over. The Texan team has won. And that is news. Because I hadn’t done it for a month and a half. In that time, he accumulated 20 consecutive defeats. The ninth worst streak in NBA history. Today that path was sweetened. Win against Toronto Raptors.

Victory 117-99. Before some Raptors in full crisis. Toronto’s first game was postponed this March. Then 0-9. That is your balance for the month. The team of Nick Nurse is not getting off. Not now that his three stars are healthy.

The protagonist of the night was John Wall. On the positive, because he made his first triple-double since 2016 and won the game. He added 19 points, 11 rebounds, and 10 assists. On the negative side, because he left the game with a series of 8 of 30 on the field goal.

Of course, he delighted us with an exceptional play. It happened at the end of the first half. This was a magical moment. Because we had in 13 seconds the two plays of the game. First, Wall made a 360-degree turn inning that ended in a basket. We have to see it. It’s marvelous. Then his teammate Danuel House Jr. hit a triple from home on the horn. Spectacular concatenation that you have to taste. Here it is.

The party moved on an equal footing. At halftime, 65-60 after House Jr. ‘s super triple with Sterling Brown and John Wall leading the locals; with Pascal Siakam and Norman Powell leading the visitors.

And that balance did not leave the scoreboard at the restart. End of the third quarter: 88-86.

The worst for the Canadians came in the fourth quarter. Because they only got 13 points! Partial 29-13 and goodbye to the game. What a sad way to end the night!

Toronto without Anunoby. Toronto with a horrendous 10 of 40 from the triple. Toronto losing again.

Fred VanVleet had 27 points, 8 rebounds, and 4 steals. Pascal Siakam , 21 points, and 10 rebounds. Powell 19 with 1 of 8 from the triple. Lowry, 17 plus 8 assists. But no one else collaborated. And the defeat came when the visiting attack dried up in the final quarter.