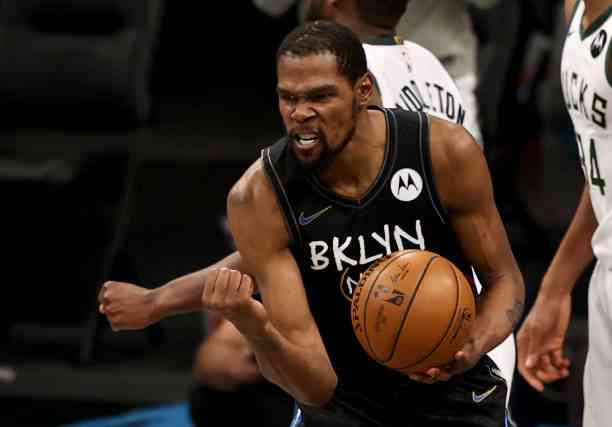 The Brooklyn Nets payroll is the second most expensive in the NBA at $ 175.7 million, a figure second only to the Golden State Warriors. The trio of Kevin Durant, James Harden, and Kyrie Irving will earn a combined $ 121.6 million.

This expense could increase because the team plans to offer a new contract extension to Irving and Harden, who have already observed the new agreement that Durant signed, after completing their participation with the United States team in the Tokyo Olympics.

In addition, it is expected that before the next season begins, the main office will make a new acquisition to complement its Big Three, which is speculated that it could be Kevin Love, who although he assured that he has no intention of leaving the Cleveland Cavaliers, the guarantee of being a starter at Steve Nash’s club could make him change his mind.

In the event that Love enters the ranks of the Nets, payroll spending would suffer a notable increase, as the player at the power forward position will earn $ 31.2 million for the 2021-22 contest, which means that Brooklyn would have to pay in salaries the sum of $ 204.6 million for only four components of its workforce.

Anything other than holding a championship would be a total failure. It should be remembered that the franchise would be paying more than $ 20 million in luxury tax, since its salary capacity is calculated at $ 185.8 million, according to Spotrac data.

Since the arrival of Durant and Irving to the Nets project, money has not been a problem for the franchise owners, and they hope to win the Larry O’Brien trophy once and for all. The money is on the table, we just need to know if it will help to achieve the goal.