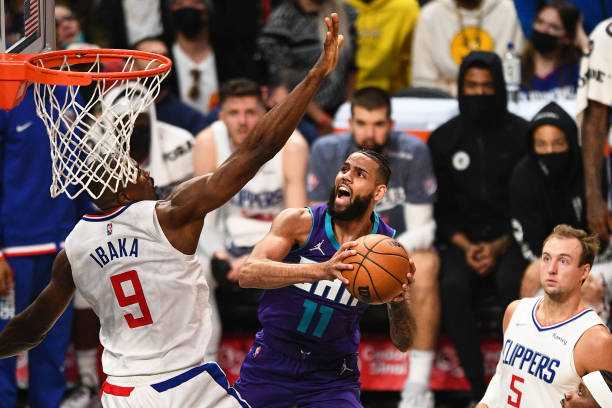 The Clippers beat the Hornets 120-106 and have already added 4 consecutive victories. Serge Ibaka’s return to the slopes was not brilliant individually, but he was triumphant collectively. The Spanish-Congolese player played his first minutes of the season, his first game after undergoing surgery in June.

Ibaka is back from a tricky back injury that ruined his first season in the Clippers ranks, an injury that made him miss many games: he only played 41 of the regular season and 18 sterile minutes in the playoffs.

His game against the Hornets was not exactly a cry of optimism. He was seen as far from his best physique. He played 8 minutes and committed no less than 5 fouls. He did not score, captured 1 rebound, put 1 block, gave 1 assist, and missed all 3 shots he tried.

The good news for the Clippers is that the team won, not without suffering, its game against Charlotte. Victory 120-106 when the Angelenos trailed 93-102 with just over 7 minutes remaining. It was there that it changed radically. The Clippers made a 22-0 run that took the score from 93-102 to 115-102, and the game was resolved!

In that tremendous 22-0, the entire team participated in defense and attack, since those 22 points came from 5 players, highlighting the contributions of Reggie Jackson (8 points) and Luke Kennard (6). Between them, they got 4 triples in that winning partial, because the Los Angeles thrust was in the form of a triple at that time, in full local euphoria and in full visitor bewilderment.

After this game, the Clippers add 4 consecutive victories to get 5-4, and Hornets accumulate 4 losses in a row to reach a 5-6.

The Clippers, who lost no less than 20 balls, had 6 players on 14 or more points. Paul George added 20 and touched the triple-double, although he was not fine in the shot and lost 8 balls. In addition, 19 points and 6 assists for Reggie Jackson, 18 for Luke Kennard (all from the triple), 17 plus 10 rebounds from Terance Mann, 16 from Nicolas Batum and 14 with 11 rebounds from Ivica Zubac.

Important was the contribution of the Clippers substitutes, with the aforementioned Kennard and Mann in the lead, and the very good first part of Hartenstein.

On the Hornets, 21 points from LaMelo Ball and Miles Bridges, 17 from Terry Rozier, 16 from Kelly Oubre Jr., and 15 from Gordon Hayward.