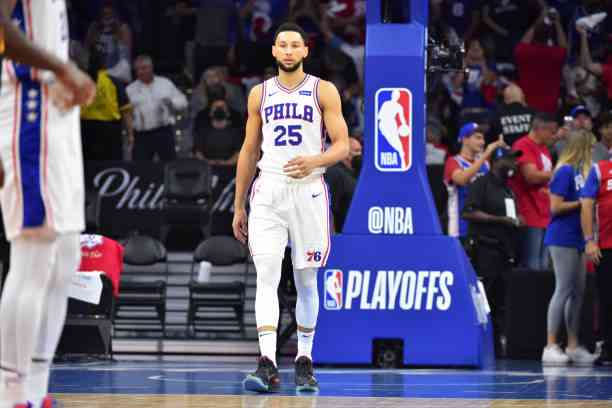 There were just over three minutes to play in the decisive seventh game of the series between the Philadelphia 76ers and the Atlanta Hawks, and the visiting team had a two-point lead. At that moment, Ben Simmons managed to dodge Danilo Gallinari’s mark and was completely alone under the rim, so the tie on the scoreboard seemed imminent, but it was there that the inexplicable happened.

Rather than jump for the dunk or layup, Simmons decided to pass the ball to Matisse Thybulle, who ended up being fouled and missed a free throw. That play angered all the fans in the stadium and all the 76ers fans who were watching the game in a Manhattan bar where I was. Nobody could understand what was done by the Australian.

“To be honest with you, I think the deciding point of the game was when we had an open shot under the rim, and we ended up getting it was a single free throw,” said Joel Embiid after the painful elimination.

That play was precisely the one that ended what little patience the 76ers fans had left with Simmons, a player they have always supported unconditionally since he was chosen first in the 2016 draft, from the University of LSU.

The 24-year-old’s career has been marked by the divided opinions he generates in all basketball debates. Some consider him one of the best players in the league, while his detractors say he is a very limited piece that refuses to improve.

No one can argue with the huge impact Simmons can make on a basketball court. He is one of the best defenders in the league, he has great ability to rebound, assist his teammates, and his ball control is admirable for a person 2.11 meters tall.

The problem is that in the last time, the damage that he is doing to the 76ers is greater than the good that he contributes. In the series against the Hawks he shot 34.2% from the free-throw line, which is the worst percentage in the history of the playoffs in a series.

In the last four games against Atlanta, he had no attempts at the basket in the fourth quarter, something simply inexplicable for someone called one of Joel Embiid’s main assists.

And of course, we have not mentioned his refusal to shoot triples, an aspect of the game that has earned him all kinds of jokes and memes on social networks. Simmons refuses to attempt long-range shooting, and his preseason videos of shooting 3s in practice no longer mislead fans.

Simmons still has the conditions for his NBA career to be long and successful, but that will not happen in Philadelphia. The best thing for him is to start from scratch in another team, and for the 76ers, the best thing is to turn the page and look for another type of player in his project around Joel Embiid, Tobias Harris, and Seth Curry as the main protagonists. Thanks for everything Ben, but it’s time to say goodbye.