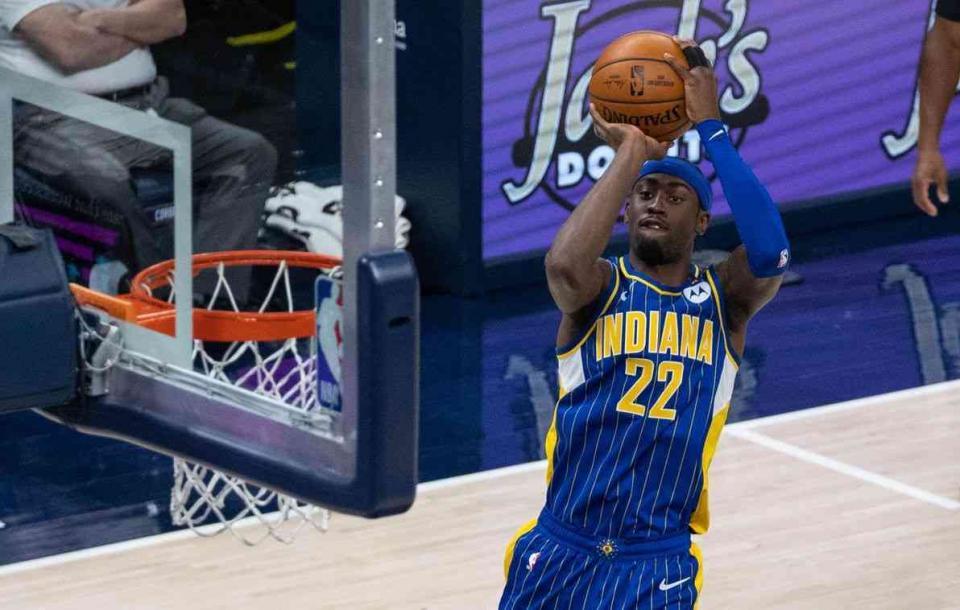 Domantas Sabonis and Malcolm Brogdon sat on the band for the entire fourth quarter. Asian luxury in a competition as demanding as a play-in without time to rest, a luxury product of the sovereign beating that the Indiana Pacers has endorsed Charlotte Hornets.

Indiana had 7 players in scoring double digits, made 55.2% of their shots from the field, taking 105 shots, hit the triple well (especially in the first half), dominated the rebound and added 35 assists.

Oshae Brissett was the local top scorer with 23 points (10 of 14 on the shot), Doug McDermott added 21 in 26 minutes (16 in the first quarter), TJ McConnell had 17 and 4 steals, Malcolm Brogdon had 16 points and 8 assists playing 21 minutes and Domantas Sabonis improved his scoring in the third quarter to finish with 14 points, 21 rebounds and 9 assists without playing the entire final quarter. At the end of the third quarter, the Lithuanian had half of his team’s rebounds: 21 of 42!

Disappointing Hornets game. The play-in started without competition. The softest thing that can be said is that there was no match. The antagonistic intensities of the game of each other left everything seen for sentence from the first moment. Indiana dominated the first quarter at will with a huge McDermott, and from then on, there was no emotion.

The Pacers started with the sensitive loss of Caris LeVert, a hard blow, a loss that added to the many that the team drags, but in exchange, they could count on Malcolm Brogdon, who looked pretty good.

The first quarter was an abuse. Partial 20-7 start. In the middle of the quarter, McDermott had 14 points and Charlotte had 9. The locals accumulated 30 points in the first 8 minutes of the game and left the first quarter winning 40-24 after a basket on the horn of Edmond Sumner, which was not the only one of the game for Indiana, as it ended the third quarter with another basket on McConnell’s horn.

The second quarter was more of the same. Charlotte still did not appear in the game and the Pacers went and went on the scoreboard despite Sabonis’ denied day in the scoring, a Sabonis who, yes, dominated the boards at will and channeled the offense of his own with his game vision. A Sabonis, by the way, fought with the referees throughout the first half, and he was not lacking in more than one play.

The Pacers went into halftime with the maximum advantage of the first half: 69-45. McDermott had 20 points, Brogdon had 13, and 6 assists, Oshae Brissett, TJ McConnell and Edmond Sumner worked, and Sabonis had 2 points (1 of 8 in the shot), but he had 12 rebounds and 5 assists!

Charlotte, a shame, a deep disappointment, with Gordon Hayward watching the disaster from the sidelines. Zero intensity, an overwhelming lack of concentration, disastrous defense, inability from the triple and a LaMelo Ball to forget that he was only able to make up his poor statistics in the fourth quarter, when everything was inconsequential.

The visiting top scorer was Miles Bridges with 23 points, to which he added 8 rebounds, but the player with the most intensity, by far, of all Charlotte was Cody Zeller, who defended, fought, added 17 points and did not miss a single shot ( 7 of 7 in the field). Terry Rozier missed more than a fairground shotgun: 16 points, 8 rebounds, 6 assists, 7 of 20 on the field and 0 of 9 on triples. And Ball’s final numbers – 14 points and 4 assists – do not reflect his disastrous game. Missing Devonte Graham, whose only positive moment of the game was the triple from the logo that he scored in the first quarter when his team’s possession ran out.

Very bad image that James Borrego’s team has given in their last game of the season.