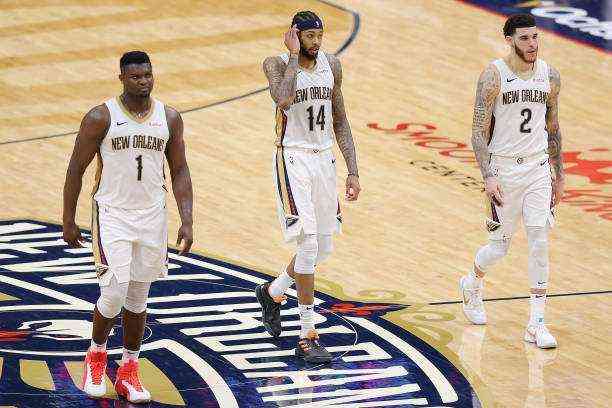 Denver lost its good feelings in March, falling at home to the Pelicans 108-113. The great second part of Nikola Jokic culminated with a new triple-double was of no use. Brandon Ingram and Zion Williamson led the road win.

Capital Ingram in a tremendously even fourth quarter. Neither team was able to open a gap on the scoreboard, and the tug of war followed one another: 92-92 to embark on the last 6 minutes of the game … 104-104 at 1:20 left. And that’s where Ingram came into action to complete his great performance.

Ingram scored 5 points in the last minute of the game, 5 points that put his team on the right track to resolve the situation (105-109 down the stretch).

With that 105-109, Jamal Murray missed a vital triple, and Josh Hart certified the victory from the free throw.

The Pelicans, who continue to star in a disappointing season marked by irregularity, had Ingram in 30 points and 8 assists and Zion Williamson in another 30 points with a formidable ERA going to the basket.

Nickeil Alexander-Walker started for the injured Lonzo Ball and did very well, scoring 20 points. Excellent on the rebound Steven Adams and very good from the second unit Josh Hart. Willy Hernangómez did not play, who once played the All-Star was relegated to ostracism, that he had a large part of the season.

Those of New Orleans worked the rebound well, had 20 more free practice than Denver, and knew how to manage the end of the game well.

Denver, meanwhile, had just won its last 3 games and had a fantastic 7-1 record before this game in March, but this time it hit a cross.

The visiting defense disarmed Nikola Jokic in the first half to only 4 points, but the Serbian was reborn in the second half to finish with 29 points, 10 rebounds, 10 assists, and 13 of 19 on the field goal. It is his 11th triple-double of the season and the 52nd of his NBA career.

Good game also from Jamal Murray. He finished with 23 points and 7 assists. Michael Porter Jr. had 17 points and 9 rebounds, and Will Barton, 16 and 6 assists, throwing as many shots as Jokic.

The Nuggets played again without Gary Harris and Monte Morris, this time being the match of the Argentinian Facundo Campazzo quite gray. Cordoba was the only player on his team who did not score. He played 20 minutes, contributed 2 rebounds, 2 assists, and 1 steal, and missed all his shots, all from the triple, ending with a 0-for-4 series.

Date And Times For The NBA All-Star Game 2021