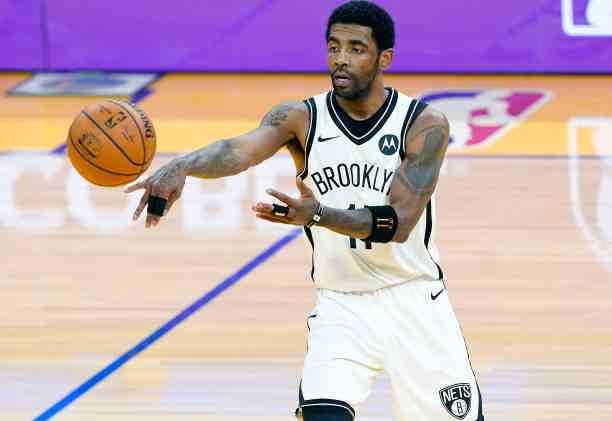 The Nets continue to win without James Harden and Kevin Durant based on their depth of squad and the genius of Kyrie Irving, who today resolved the Pelicans-Nets with a masterful final minute.

Irving has scored 8 points in the last 52 seconds of the game and has also stolen a crucial ball. The Nets’ star point guard has scored 4 of those points from two high-class singles plays and has made the other 4 from 4 free throws without a miss. As if that were not enough, with 129-132 on the scoreboard, he has put in an essential hand, leaving Zion Williamson without the ball when there were very few seconds left, and New Orleans was looking for extra time.

This is good old Kyrie. His way of solving the ballot that his team had has been exemplary. The ball wizard has dusted off his wand and his top hat to endorse the Pelicans their fourth consecutive loss, some Pelicans that are developing a very disappointing season that does not give them for now even to get into play-in position.

Kyrie Irving finished the game with 32 points, 8 assists and 12 of 19 in the field goal to lead a team that has had 7 players in double figures scorers.

They seconded Irving, Joe Harris with 24 points, Landry Shamet with 18 points and 8 assists and a Blake Griffin who has offered his best version to date with the Nets by scoring 16 points, 8 rebounds and 3 assists in 28 minutes before being eliminated for fouls in the last seconds.

In addition, 15 points from Jeff Green in a complete performance and 11 points, 11 rebounds and 4 steals from Bruce Brown in a game that was doomed in the second half to an offense without medium terms and a highly deficient defensive work by both teams. From both the Pelicans and the Nets, it was a double bet to see who was capable of scoring the most points.

That uncut offense against defenses left to their own devices has led to a 70-77 set in the second half and a 37-41 result in the final quarter. Both teams finished the match above 55% on the field goal.

Pelicans have had Zion Williamson as the leading scorer. Zion premiered Jordan Brand’s own sneakers to continue doing the same as always, which he is doing game after game: playing basketball at a high level and being unstoppable. Today, 33 points, 7 rebounds and 14 of 19 in the field goal.

Brandon Ingram has scored 27 points, Lonzo Ball has improved to 15 points, Marshall is still at a high level (15 points, 6 rebounds and 7 assists), and the Spanish Willy Hernangomez has had 18 minutes at his disposal to add 7 points and 3 rebounds.