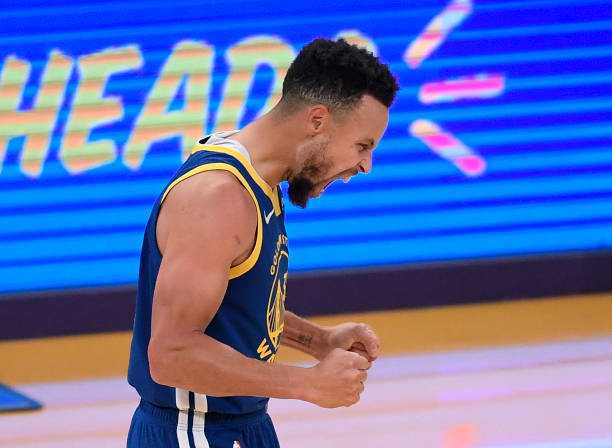 The Golden State Warriors had a start to the season in which they benefited from the calendar and only added losses in the season.

The Warriors are the only NBA team that has a Mexican among their ranks, we are talking about Juan Toscano, who begins his second season with the franchise that claims to be the only one with two defeats at the beginning of the season, suffered against the Grizzlies, in overtime, and against the Charlotte Hornets.

And the best, it is assumed, is yet to come, as the return of Klay Thompson is still awaited, who is preparing to return to the court in December after two years, in which he has battled with injuries.

Demolishing step of the Warriors

Seeing the Warriors this season is synonymous with spectacle, because they not only win, they crush their rivals. The Lakers, Clippers and Thunder are the only ones who have escaped the beatings by more than 10 points of difference.

Golden State destroys the rival it can. He has won three games by a difference of 10 points: Timberwolves, Hawks and the Rockets. Three more he has been crushed by more than 20 (Bulls, Hornets and Thunder) and the Pelicans he humiliated by more than 30% of difference.

When the Warriors lost their most important player, in the 2019-20 season, through injury, they were last, not only in the Western Conference, but in the entire league. Naturally, there were few expectations for the following season, but Curry injects something into this team.

Perhaps it is confidence, because Steph makes his teammates see better than perhaps they are, and in the 2020-21 season, with a team just as weak as a year before, he took them to the Play-In. This time they set the tone in the NBA with Curry, who has reached or exceeded the 40-point barrier three times.

He prescribed the Bulls precisely with four tens, while against the Clippers, he scored 45. His best game so far has been against the Hawks, whom he punished with 50 points. From now on, Curry is profiled for MVP of the season.

Draymond Green and Kevon Looney, Plan A and B

Curry generally requires a squire, and that is Draymond Green’s role on the Warriors. When it’s plugged in, Golden State can rest easy. This season he has been the rebounding leader of his team.

But when plan A fails, plan B is activated, which is Kevon Looney, who has a physique so similar to Green that they can be confused from afar.

The schedule has not required the Warriors … has it?

Can it be said that the good time of the Warriors is a mirage? Well, the Suns, Nuggets, Wizards or Nets have not been measured, but that is not the fault of Steve Kerr’s quintet.

In its favor, Golden State can boast that it has already beaten the Lakers and Clippers, who are aiming for important things in the West, or can someone decree that facing LeBron James or Kawhi Leonard is a simple thing?

He also passed the Bulls, who are third in the East, but yes, the litmus tests will come soon, against the Nets (November 16 ) and twice the Suns (November 30 and December 3).

What about Juan Toscano?

The Mexican is clear that his role in the Warriors is as a substitute and that perhaps he can become a starter if there are injuries, however, from the bench, he has contributed his own, with 49 points in 12 games.

His highest production in terms of points was against the Hawks, whom he punished with 11 points, while with the Houston Rockets, he played 20 minutes , which is the busiest period in a game for the Californian.