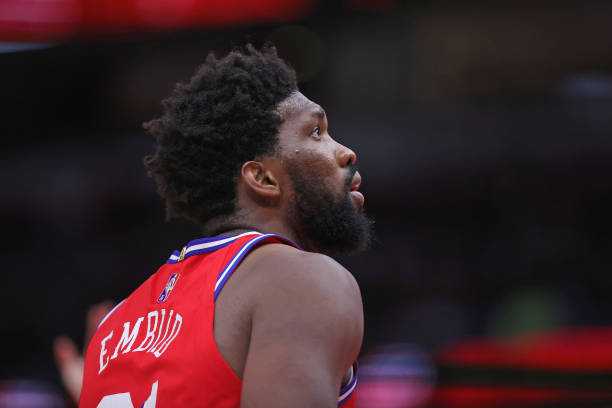 Sixers is on leave due to the pandemic to Embiid, Harris, Thybulle, and Joe. Philadelphia runs out of its big three in full as Simmons is also not playing.

Fourth Sixers player enters the health and safety protocols related to Covid-19. In this case, it is a player with a huge weight in the team, since Joel Embiid has tested positive to detect the virus, according to US media.

The positive of the Cameroonian will force him to miss several games in a complicated situation for the Sixers, who are plagued with casualties, although at least Doc Rivers’ team has achieved a good safety net at this start of the season by starting with 8 victories in 10 games.

Embiid was averaging 21.4 points, 9.4 rebounds, and 4 assists despite having knee problems since the competition started.

The Sixers starting center has not trained today and was not going to play this Monday against the Knicks to rest to avoid a back-to-back. Anyway, with his positivity, the player will surely miss several games.

The loss of Embiid will be made more bearable as the Sixers have a luxury substitute center in the person of Andre Drummond, a player accustomed in his career to being a starter, although it is clear that the Cameroonian is irreplaceable.

Those in Philadelphia already have 4 players out due to the pandemic. Embiid joins Tobias Harris, who also tested positive and is an essential player on the team, Matisse Thybulle, a crucial defensive player for the Sixers, and Isaiah Joe.

Rivers’ team is thus definitely without all their big three, since the losses of Embiid and Harris are added since the preseason the absence of Ben Simmons, in a full tug of war with his club, a disagreement that seems to have no solution short term.