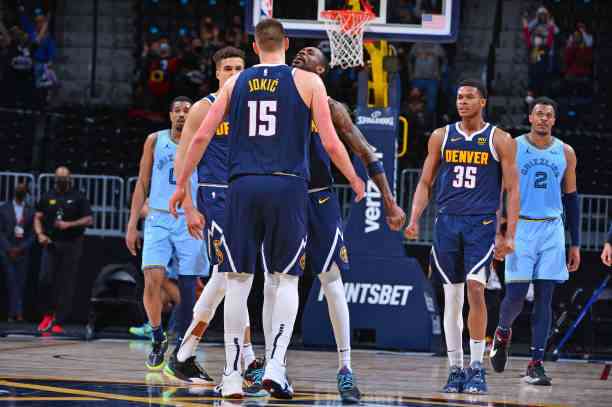 He is one of the great MVP candidates of the season. And he doesn’t get off that career as the days go by. Today, Nikola Jokic once again performed high-caliber magic. Denver suffered. But he won after two overtime losses to the Memphis Grizzlies.

Who at this point doubts the Serbian’s physique is that he has not seen him play. Today, his physique was as important as his privileged brain. Because Jokic beat Memphis in second overtime. Where any mortal lacks air, Jokic had plenty of bellows. The great Peyton Manning was a privileged witness to the exhibition.

Jokic scored 9 points in the second overtime. And he hit a crucial triple with 42 seconds left. His numbers at the end of the game, a scandal. He finished with 47 points, 15 rebounds and 8 assists. And he made 20 field baskets of 31 attempts. His 45 minutes on the court were exquisite. A true MVP with well capitalized letters. A great star that had as a counterpoint a huge Ja Morant.

Denver played without Jamal Murray and Monte Morris. That double loss gave the title to Facu Campazzo. It wasn’t his best day, but it was there. He played 35 minutes. He had 3 points, 3 rebounds, 2 assists and 2 steals. He waddled. But it was wrong from the triple (1 of 7). And the Nuggets are an incredible 3-0 since losing Murray! Despite losing no less than 24 balls today! It already has merit to win by losing 24 balls.

They seconded Jokic, Will Barton and Michael Porter Jr. Barton scored his team’s first 13 points in the game. He finished the night with 28 points, 6 rebounds and 7 assists. It was huge from the triple (5 of 6). Porter Jr. added 21 points and another 5 triples.

Up to 3 local substitutes were in scoring double digits. It was Dozier , Millsap and Green .

The game had it in the hand Memphis. But the Grizzlies missed the moments of truth.

Jokic did not miss his 2 free games with 20.2 seconds left in the fourth quarter. He had a winning Memphis basket. But Grayson Allen missed the shot.

The Serb and Barton rallied from 120-125 in the first overtime. To put the 125-125. Barton’s 3-pointer was crucial to survive with 12.8 seconds to play. And Ja Morant missed the last play. Second chance was lost by the Grizzles.

Already in the second extension, Jokic has 9 points. A triple of his to put the 137-134. There were 42 seconds left. Allen failed again when he sought the equalizer from the triple. And the local Dozier closed the game for free.

The Grizzlies played without Jonas Valanciunas and Dillon Brooks. If we refer only to last minute casualties. Sensitive absences. And yet, he still had chances for success. Thanks to another great game from Ja Morant. The point guard had 36 points, 8 rebounds and 12 assists.

Also, De’Anthony Melton to the max. His 25 points, 8 rebounds, 6 assists and 4 recoveries. Grayson Allen hit 24. But he missed the climax. And Xavier Tillman finished with 18 points and 14 rebounds. The Grizzlies deserved all, but they were left without a prize.

Knicks Win In Dallas With Randle Showing off In His Hometown